Here are a couple more announcements from this past weekend’s Anime Weekend Atlanta, this time from the folks at FUNimation. The latest titles added to its roster are .Hack/Quantum and Guilty Crown.

Tobias, Mary, and Sakuya are way into the world’s largest online fantasy role-playing game known as The World R:X. Together, they form an inseparable group, grinding toward the break of day and running dungeons in search of the artifacts of adventure. But when the trio becomes lost in this virtual labyrinth, a chance encounter with the mysterious entity known only as Hermit will change their lives forever. There’s an eerie darkness spreading across The World, and once you stumble in, you may never make it out.

The OVA is scheduled for an early 2012 release. 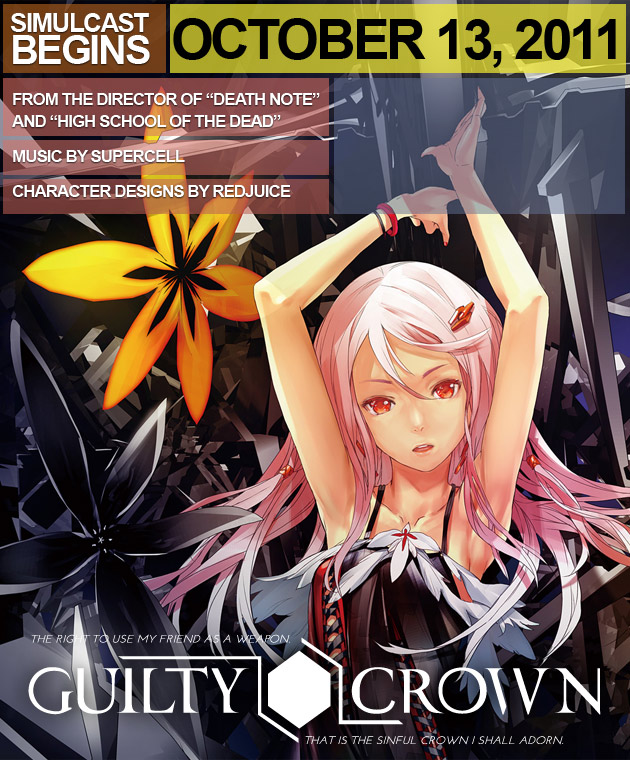 As for Guilty Crown—animated by Production I.G. and broadcast as part of Fuji TV’s noitaminA block—the Tetsuro Araki (Death Note, High School of the Dead) directed series will be simulcast on FUNimation’s site starting Saturday, October 13.