No Game No Life, Please! [Review] 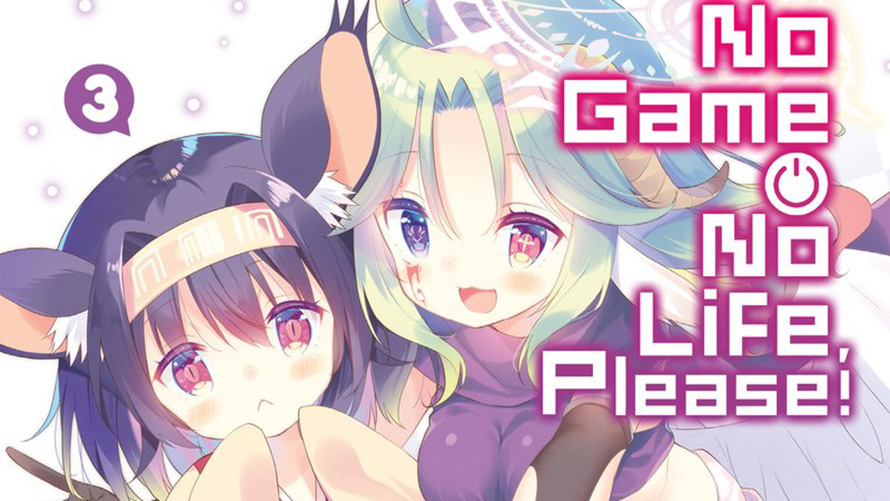 In Disboard, a fantasy world of vampires, angels and beastfolk, all disputes are solved by games instead of violence. Izuna, an eight-year-old girl with a fox tail and fox ears, is the ambassador from the beastfolk to the human kingdom of Elkia, presently ruled by Sora and Shiro, two gamer nerds from another world. Sore after already being defeated once by Sora and Shiro, Izuna isn’t shy about letting people know how grumpy she is, for despite her cute looks and her habit of always saying “please,” she has a dirty, dirty mouth and swears like a sailor. (“Those assholes kick some serious ass, please!” “There’s a shit-ton of tasty fish in that damn sea, please!”) It seems like such an apathetic, grouchy foxgirl would be a poor choice to negotiate sensitive diplomacy … but that’s exactly what Izuna’s job is! Too lazy to get mad, but too mad to quit, Izuna meanders from situation to situation, barely aware of the plot, periodically licking herself clean…. 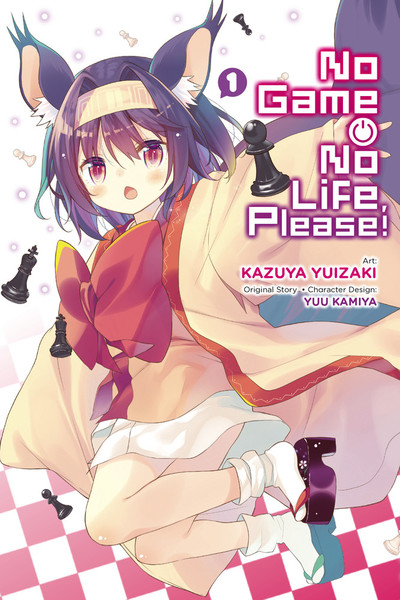 Reading No Game No Life, Please! without familiarity with the original light novel series No Game No Life (which was told from Sora and Shiro’s perspective) feels like stepping into the middle of a conversation between some sarcastic know-it-all weebs who won’t explain any of their in-jokes. (I had to read Wikipedia to figure out the synopsis in the first paragraph.) Each chapter is self-contained, and there’s not much to the plots beyond Izuna meeting some new character and acting grumpy. She’s not even “convention-shattering early Adam Sandler” grumpy, more like “self-aware, doesn’t really want to be in the story” grumpy.

Having a main character whose only real desire is to be left alone and make snarky comments is almost always a terrible idea. Izuna is like a fox-girl version of Garfield, although any comparisons to American comic strips are invalidated by the occasional underage nudity and panty shots; not much, until the inevitable hot springs chapter, but enough to jump out at you when it happens. The result is a book that has too little fanservice to appeal to pervs, but enough to get an 18+ rating and annoy anyone who picked up this manga for other reasons. The English rewrite does a good job giving the characters distinct voices, but listening to an expressionless lolicon character say outrageous swear words isn’t a joke to sustain 15 pages, let alone 150.