No Game, No Life Goes Deluxe in Collector’s Edition 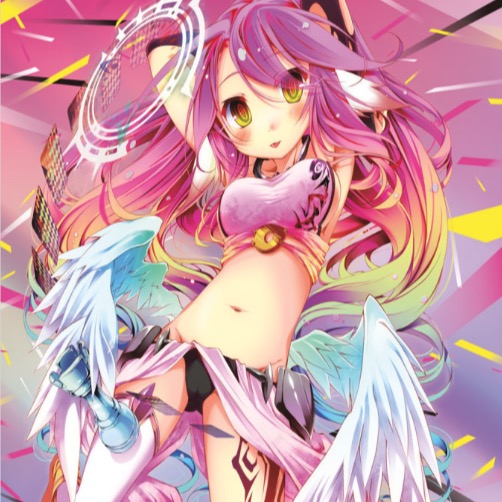 Games are awesome. They can make you feel powerful and in control. They can give you powers in one world that you don’t have in your own. That’s both a blessing and a curse for some, and you can see just how high the stakes can get in

, due out on July 28 and available for pre-order now.

To say that 18-year-old Sora and his 11-year-old stepsister Shiro are shut-ins would be a gross understatement. They may be known as the legendary tag-team duo BLANK online, but their gaming skills never quite made the transition to the real world. Staying home and playing games is their way of facing the world, but they’ll soon be forced to take the fight to a game with much higher stakes, including the very fate of humanity.

Thus, it’s BLANK against a host of otherworldly competitors with everything on the line. If they win they’ll be able to bask in the glory, but losing this game means a fate as dire as slavery or destruction for all of mankind. Can Sora and Shiro overcome the pressure and get a grip on their reclusive ways in time to best the competition?

No Game, No Life started out as a light novel series by Yuu Kamiya before being adapted into a manga and, thanks to Madhouse, the anime in question. Atsuko Ishizuka (Hanayamata, The Pet Girl of Sakurasou) directs, with Jukki Hanada (Steins;Gate, Nichijou) on series composition for the 12-episode series.

packs the series in a Chipboard Box with a CD, Stickers, Poster, Postcards, Foil Card, Authenticity Card, Playing Cards, and a bunch of on-disc extras, which is more than enough reason to shut yourself in for a little while.

Bang Dream! Film LiveGirls und Panzer: This is the Real Anzio BattleKilling Bitesascendance of a bookworm