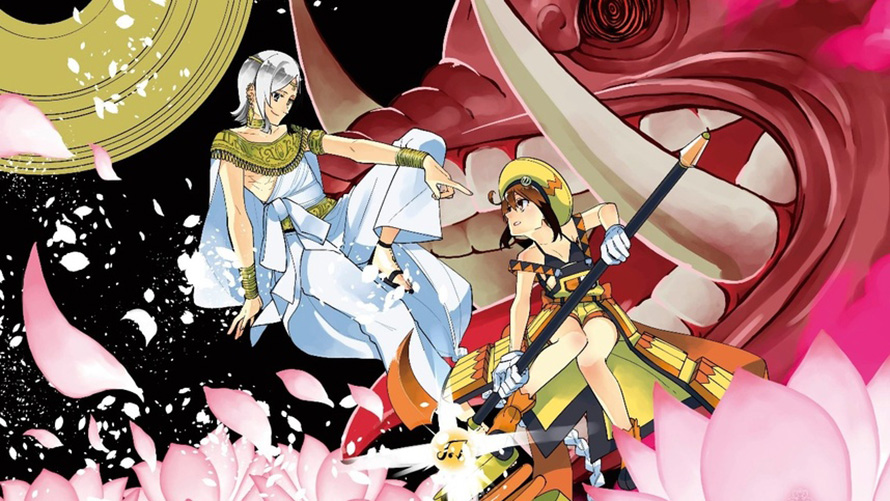 Yachiyo Hitotose has an altruistic streak a mile wide. When she gets the chance to volunteer overseas, Yachiyo jumps at the chance. Unfortunately, her airplane goes down in a fiery blaze. Fortunately, she wakes up in another world.

Yup, Nirvana is a portal fantasy. But it’s a fun one. Yachiyo’s new world, Gulgraf, is besieged by evil forces known as Blau, and the local citizenry believes she’s the reincarnation of the goddess Lady Sakuya, who will defeat the Blau and bring peace. Now it’s Yachiyo’s mission to gather the descendants of the goddess’s 12 companions and save Gulgraf. To do so she must travel the world and master the powers she was gifted with. Yachiyo and the first of the 12 descendents, 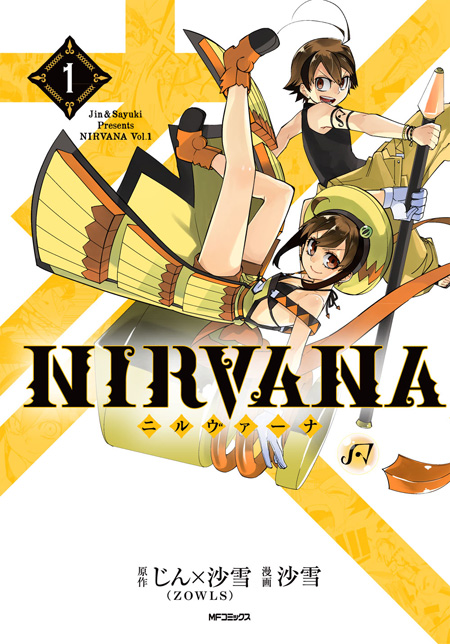 Maru, set off to find the other companions. Maru, an outspoken and impetuous boy, finds plenty of trouble along the way.

Nirvana has a great balance of action and humor wrapped up in a shonen fantasy quest. As the title implies, it borrows a lot of ideas and visual designs from Buddhism and Indian culture. It’s worth it to hit the dictionary and see the spin the authors put on concepts like Samsara.

The art is a little hit or miss. The characters look great even if the fantasy costumes aren’t amazing. The villains are more typical in appearance, the usual collection of pointy-toothed baddies who look like they stepped out of a generic RPG. The fight scenes can be a little confusing, but on the whole are solid. Some of the settings are great to look at; the city of giant windmills in the last half of the book is a real treat. But too many of the backgrounds are generic “ancient” architecture, vaguely Middle Eastern looking but not terribly well developed. The background art is also sparse, leaving the characters wandering indistinct streets and wilderness. But at least the plot is solid and well paced. Fans of adventure comics and shonen manga with female protagonists will enjoy Nirvana.