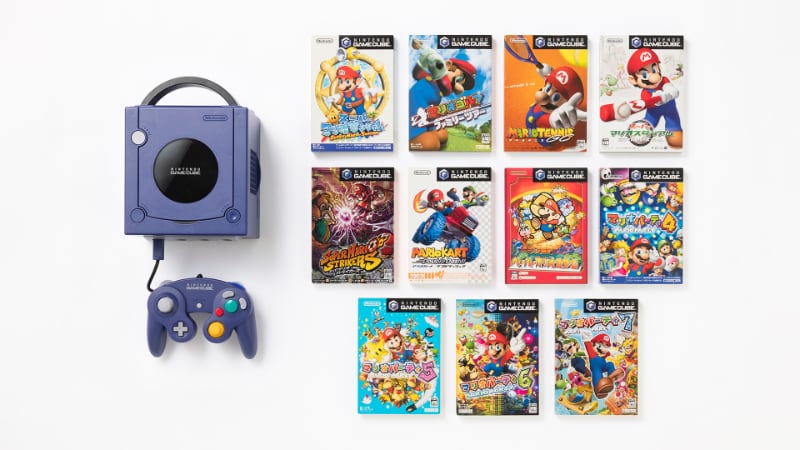 On September 14, 2001, the gaming world welcomed a new console to its ranks: the Nintendo GameCube.

The ‘Cube, Nintendo’s successor to the Nintendo 64, was unique for many reasons. For one, it marked the first time Nintendo switched from cartridges to optical discs—though in typical Nintendo fashion, they weren’t happy with plain ol’ DVDs. Instead, the firm created their own mini DVDs that fit within the GameCube’s petit frame.

That frame was another thing that made the ‘Cube stand out. Rather than the rectangular shape of most consoles, Nintendo went for a, well, not-quite-perfect-cube. (Adding the Game Boy Player accessory, which let you play Game Boy Advance games on your TV, made it pretty darn close to perfect.) The GameCube even had a handle on back for… carrying to friends’ houses, or something.

In the end, the GameCube sold about 22 million units, less than its competing consoles, the original XBox and PlayStation 2. For comparison, the Nintendo 64, its predecessor, sold 33 million, and its successor, the Wii, sold 101 million.

What are your favorite ‘Cube memories?

View all posts by Matt Schley
Japanamerica Author Investigates Anime Cons in the Time of COVID
Legend of Galactic Heroes: Die Neue These Gets 24-Episode Sequel