Next One Piece Film Gets Title and Date 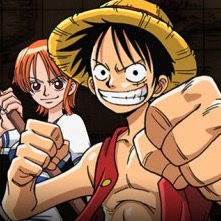 The 2016 One Piece movie officially has a title and release date. The announcement comes in the next issue of Weekly Shonen Jump, which reveals the title as One Piece Film Gold and has it set to premiere in Japan on July 23, 2016.

Gold will see series creator Eiichiro Oda returning in an executive producer role. Hiroaki Miyamoto, who has directed hundreds of episodes of the One Piece TV anime adaptation, will helm the film, with Tsutomu Kuroiwa (live-action Black Butler) on the script.