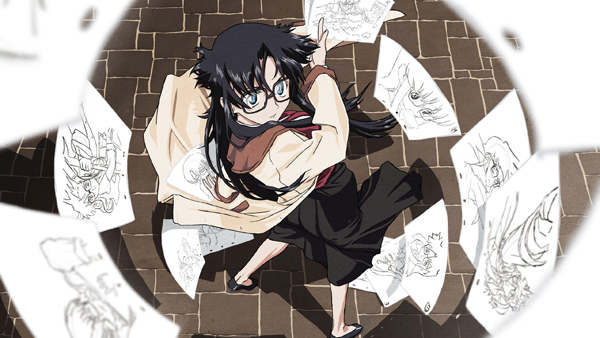 I may be dating myself here, but I remember when the first Read or Die anime came out in 2001, seemingly out of nowhere (we didn’t have no fancy wikis tellin’ us it was based on a novel, kids). It was a three-episode series about British spies fighting each other by hurling sheets of paper through the air and it. was. cool.

A TV series called R.O.D. the TV followed shortly thereafter, but there’s been nary a peep from the Read or Die animeverse for over a decade – until now.

The 12th Read or Die novel (and the first in a quite a while, apparently) is out this week, and a quote on the jacket from A-1 Pictures president Tomonori Ochikoshi claims that a new Read or Die anime is “under consideration.”

Read or Die centers around Yomiko Readman, a bookworm and secret agent for the British Empire whose codename is “The Paper,” and if that doesn’t convince you to go take a look at this classic and hope the new version proceeds from “under consideration” to “definite,” I’m not sure we can be friends.