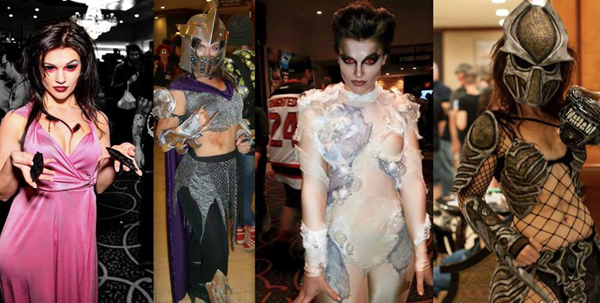 When I was in high school, my guidance counselor suggested I major in something I was passionate about, rather than go for a “safe” degree.

New Jersey cosplayer Cori “Lady” Main took that advice one step further, it seems, and actually created a degree based around cosplay.

Such a thing is possible, apparently, at the University of Hartford in Connecticut, so long as you convince the dean of the validity of your studies.

Main did just that, and spent the next few years creating costumes for college credit. Her works included Machiko, also known as Lady Predator, Gozer from Ghostbusters, and Lady Death.

On her Facebook page, Main offers commissions for props and other cosplay wear. Hey, if I needed some cosplay stuff, I’d definitely go with her – she’s got a degree in it, after all.

Speaking of New Jersey and cosplay, you know what’s just around the corner…