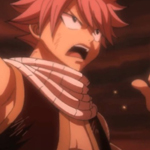 Two of the cast members from the Fairy Tail anime adaptation follow-up—Ryōko Ono (Mirajane Strauss) and Shinpachi Tsuji (Makarov Dreyar)—recently appeared on a special Nico web broadcast to promote the anime. Thus, we now have a new promotional clip previewing some of the action.

Fairy Tail makes its return to television in Japan on April 5 along with much of the original cast. Enjoy the advance peek at it below!