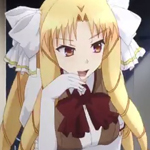 The second installment of Hiroshi Hiroyama‘s Fate/stay night spin-off manga, Fate/Kaleid liner Prisma Illya 2wei!, is getting an anime adaptation in July. The manga was originally serialized in Kadokawa Shoten’s Comp-Ace from 2009 to 2012 after the original Prisma Illya, and the third, 3rei!!, has been running since 2wei! ended.

First season director Shin Onuma serves as general director, along with former episode director Masato Jinbo at the helm. The Silver Link production features series composition by Kenji Inoue and character designs by Nozomi Ushijima, and you can see some footage in a very quick promotional clip below.