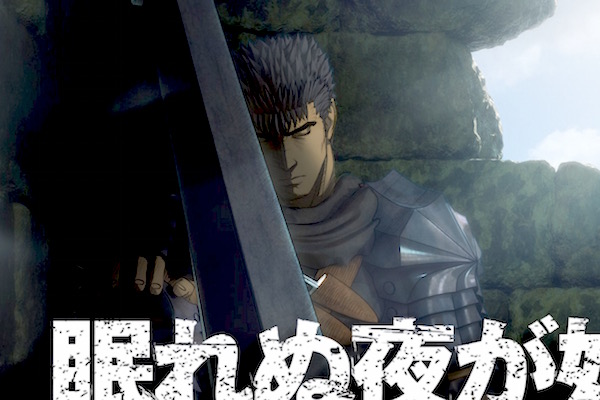 We finally have some more information on the 2016 Berserk anime, including the format and premiere month. The new anime will be a TV series, and it’s set to debut this July on satellite channel WOWOW, followed by MBS’s late-night Animeism block.

The latest updates on the anime come from the series’ official website. As previously reported, the new anime will depict Guts in Black Swordsman form, going beyond what was adapted for the 1997 TV anime.

According to news site Anime! Anime!, Kentaro Miura’s Berserk manga currently has 40 million copies in print around the world.