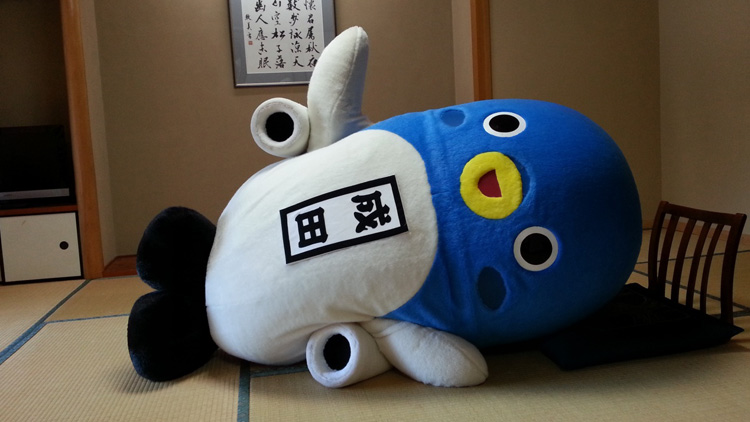 Cities, prefectures, public facilities—name a place, and it’s more than likely Japan has a mascot for it.

There are a reported 1,157 of these mascots, known in Japan as “yuru-kyara,” and they’ve just faced off in a yearly competition. After a hard struggle, Unari-kun, who represents Narita Airport emerged as 2017’s mascot of the year.

Unari-kun’s name combines “unagi” (eel) with “Narita,” because Narita is famous for its unagi dishes. His body is a combination of a plane, representing Narita Airport, and, you guessed it, an eel.

Though Unari-kun represents Narita, he is originally from the planet of Unari, but decided to stay in Narita after visiting because of the city’s “ fantastic places, great food and hospitable people.”

Back in 2014, we reported that Japan’s Ministry of Finance had determined that mascot characters are, by and large, a waste of money. Over three years later, though, and it doesn’t seem like the obsession with yuru-kyara is ending anytime soon.