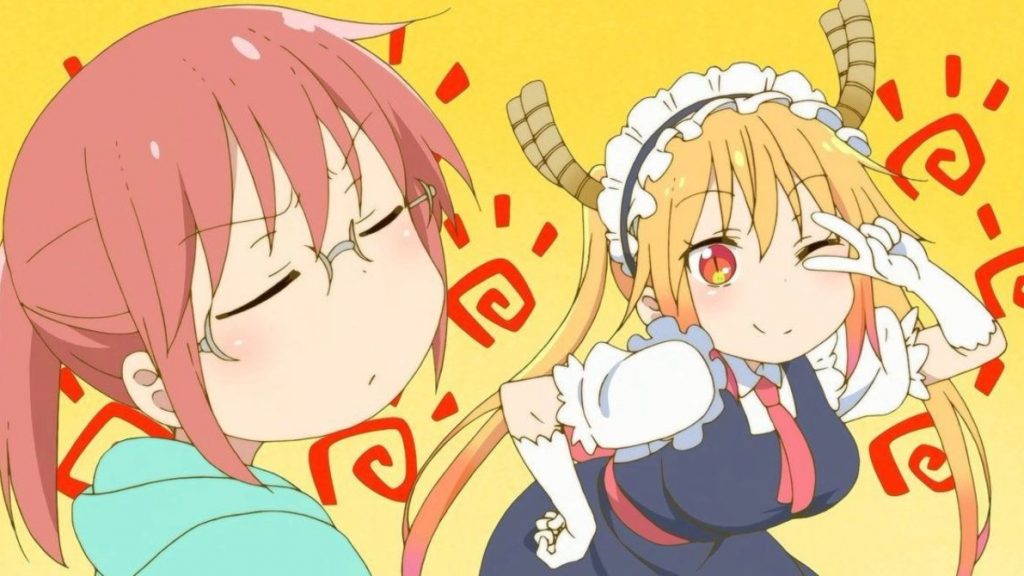 Miss Kobayashi’s Dragon Maid is coming back for a second season in 2021! But, like all good things, we’re going to have to wait for it. As we anticipate the return of the weirdly adorable series, we’re filling some of that time by looking back on other unusual maids from anime. From dangerous to paranormal to completely indescribable, here are a few of our favorite anime maids who might just hold a candle to the fire-breathing, tail-cooking Tohru: 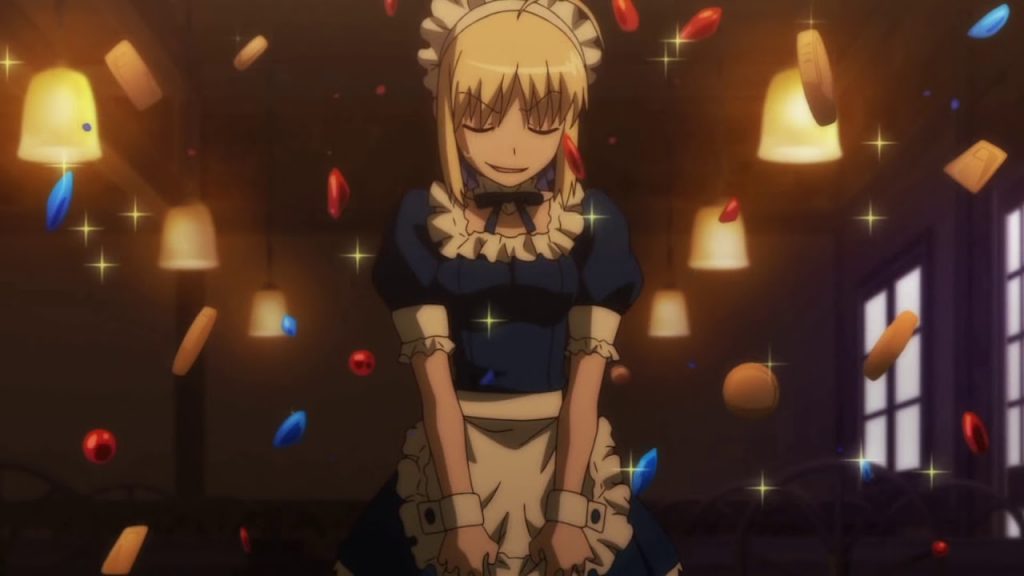 A dragon maid is pretty cool, but what about a maid who’s literally the legendary King of Knights? In TYPE-MOON’s Carnival Phantasm, Saber braves the world of customer service to raise money for a surprise expense. She can command most customers’ attention with her pure Charisma (B-rank), but when Gilgamesh comes in for a snack, all bets are off. Even the Once and Future King can only take so much, and it’s not long before the ahoge comes off and Saber Alter arrives in all her gothic lolita maid glory. 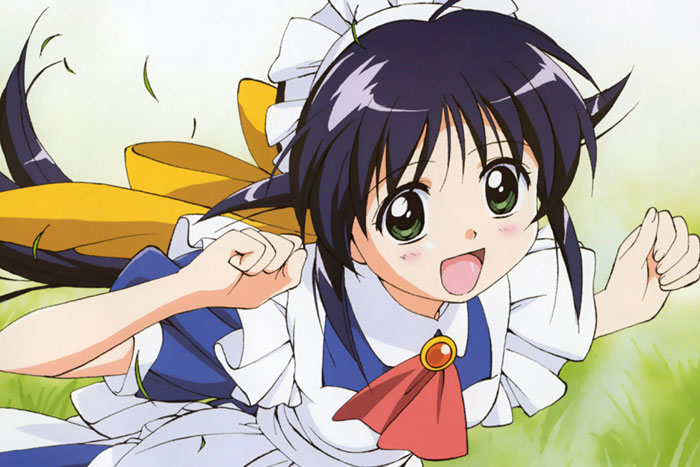 As we saw in Miss Kobayashi’s Dragon Maid, the bond between a dragon maid and her bespectacled human is unbreakable. The same could be said of an android soldier-turned-maid and her bespectacled human… especially if that android maid only has about a year to live and the human is the son of someone she accidentally killed. Gainax’s Mahoromatic is full of sci-fi action and potential romance. As for the ending… well, it depends whether you go the anime or manga route. 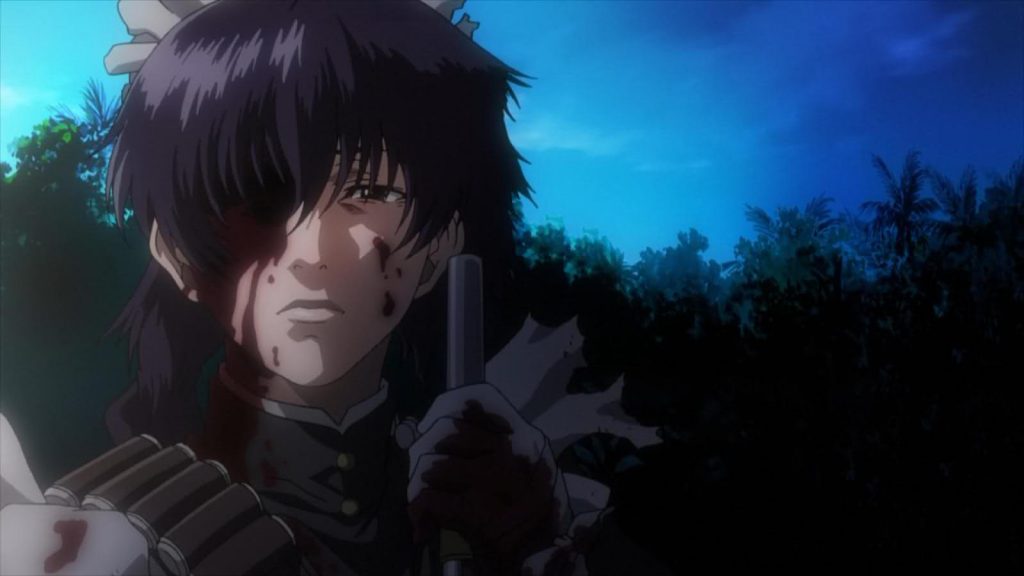 It’s obvious that Miss Kobayashi’s dragon maid is… well… a dragon. But pretty much no one in Black Lagoon is what they seem at first glance. Everyone (save possibly for hapless interpreter Rock) has been in the military, the mafia, a revolutionary group, a terrorist organization, or some combination of the above. Roberta, despite her traditional dress and initially calm demeanor, is no different. She’s armed and dangerous — including an umbrella gun always at her side — and what she lacks in actual housekeeping skills she makes up for in the sheer number of ways she can kill you. It’s no wonder she and series protagonist Revy end up at odds… and it’s probably not a good idea to get between them. 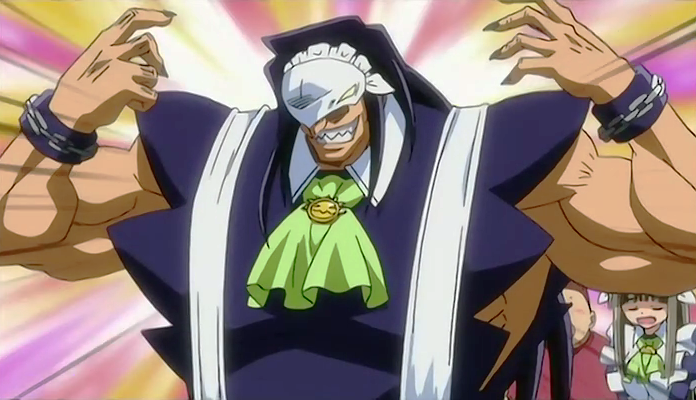 And you thought a dragon maid was wild… it’s been a few years, and we’re still not entirely sure what to make of this dude.

The masked Kogarashi is hired to protect Naeka, high school student and heir to a massive fortune. And he will do this job while disguised flawlessly as a maid. Flawlessly. (Okay, there are many flaws.) Fortunately there’s also Fubuki, who is both an excellent maid and an excellent Maid Guy tamer. Still, given the option, we’ll stick to the dragon maid.

Of course, there’s no shortage of maids in anime, dragon or otherwise, to keep you occupied ’til Miss Kobayashi’s Dragon Maid returns next year! 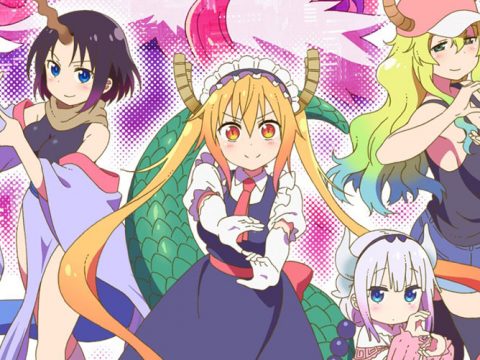