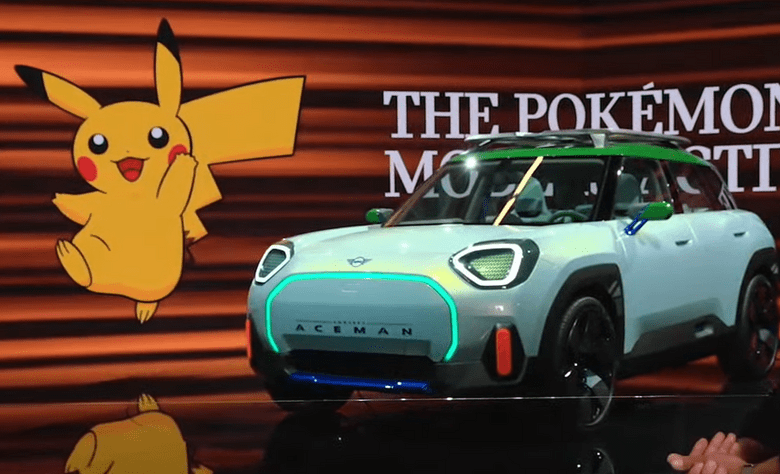 There have been public buses in Japan decked out with Pokémon motifs, but now the company MINI is offering something new: at gamescom, they unveiled a Pokémon-themed car that people can own.

“Step inside the car, where the entire interior has been taken over by Pokémon, with Pikachu welcoming you from the central OLED display, and visual effects extending all along the dashboard,” MINI explained on its website. “Fire up the built-in mobile cinema, which uses an integrated exterior projector that lets you enjoy your favourite Pokémon movie – perhaps sitting atop the rooftop rack – wherever you go.”

They also released this video for you to see these things in action. Since Pikachu is electric, that’s all the better.

Just yesterday Otaku USA reported on an Itasha event, a form of otakudom that has people decorating their cars with their favorite anime, manga, or video game. But this takes all of that to a new level.

Still, there is one important thing MINI doesn’t mention: if you’re going to play video games or watch a movie through your car, please use common sense and don’t do these things while you’re driving. We all want to have fun with Pokémon and other beloved franchises, not get into car accidents!