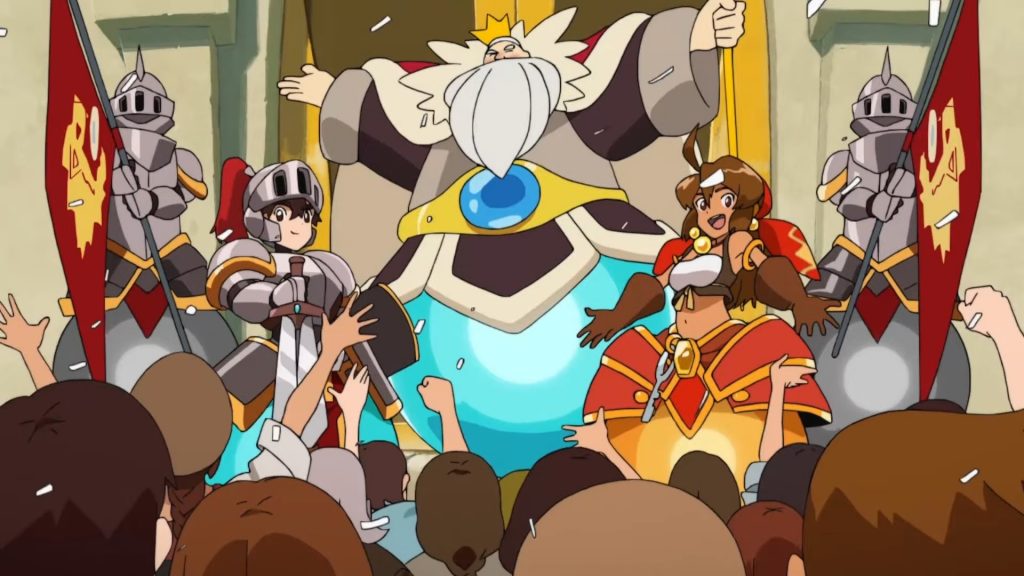 Video game developer WayForward released a video showing the opening animation for their game Marble Knights. The animation was done by Studio Trigger, which has also worked on titles such as Kill la Kill, Little Witch Academia, and BNA, to name just a few.

Trigger producer Naoko Tsutsumi worked with Erin Bozon and Matt Bozon on the Marble Knights animation, and its music is done by Dale North.

When posting the video, WayForward gushed about working with “the one and only Studio TRIGGER!” It also said, “[T]his animated intro to the 1-to-4-player fantasy adventure game features Orbin, Marabelle, and the other Knights of the Round rolling into battle as Lord Terroball prepares his assault! Marble Knights is available now, only on Apple Arcade!”

Designer Akio Watanabe Is Out of the Hospital, Recovered from COVID
Creators of Rent-A-Girlfriend, Tokyo Ghoul Create Attack on Titan Fanart