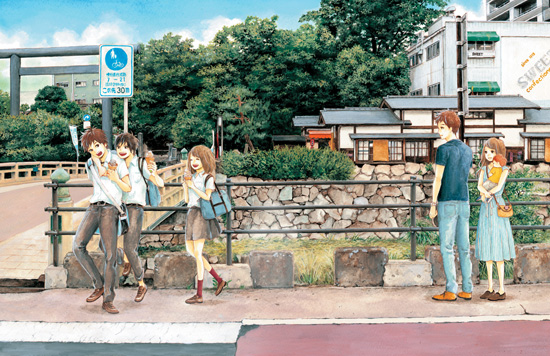 Time travel is the ideal plot device to make readers care about a high school pairing. One day, 16-year-old Naho Takamiya gets a letter from her future self, asking her to befriend transfer student Naruse Kakeru. After quickly figuring that the letter is real (and worrying about her future self’s melancholy tone) Naho sets out to get to know Kakeru. But 26-year-old Naho didn’t violate the laws of space just for the sake of romance. Orange raises the stakes when teenage Naho learns the truth: her future self is trying to prevent Kakeru’s suicide.

The combination of time travel and suicide gives this manga a lot of emotional weight, but the part of my brain that reads a lot of science fiction is not so easy on this manga. 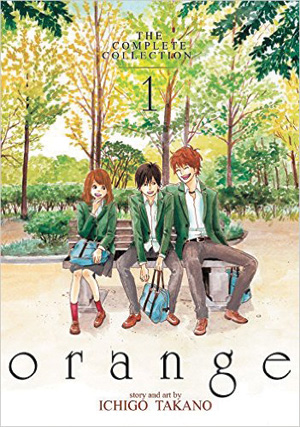 The ins and outs of time travel aren’t dealt with in much detail, which I feel it is a fair point to bring up as the lecture in the science class shows Takano is at least partially interested in more rigorous science fiction. The question of why future Naho sent the letter (what is her relationship with Kakeru?) is also left for future volumes. That’s just as well as not only is Kakeru’s ultimate fate unknown but we soon find out Naho’s letter isn’t the only thing that has traveled back in time.

The story is fascinating and the art, while not exceptional, moves the narrative along well: perfectly good shojo art with a heavier line than normal. Like any romance (especially in a manga), Orange stands or falls on two factors. “Do I want to spend more time with these characters?” Yep! “Do I want the couple together? Yeah, I do! I want Naho and Kakeru to be a couple, space/time paradoxes be damned! Recommended.