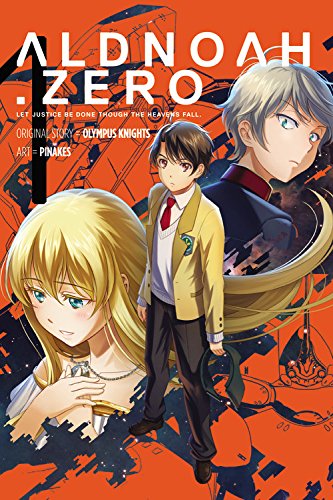 Travel to Mars is an idea that’s spellbinding to writers and artists, and soon we’ll see what travel to the red planet is really like. In the meantime, we have Aldnoah.Zero to give us a new take on what could happen with us living on Mars, and it’s not pretty.

Adapted from the successful mecha anime, this manga series presents us with a story where humans found proof of Martians once living on the moon. Through what they find there, they also discovered a hypergate that lets them actually move to Mars. Some people moved, while others stayed on Earth. The people moving there eventually built the Vers Empire, then decided that the special Martian technology “Aldnoah” (hence the title) belonged only to them. A type of racism started, with people on Mars feeling they’re better than people on Earth. Their fighting led to the destruction of the moon, and now the Princess of Mars is visiting Earth to try to patch up all the bad feelings and fighting from the past. Unlike some other people on Mars, the princess seems determined for everyone to get along.

However, hers is a mission doomed to fail. The princess’s car is blown up during her arrival parade, and Martians (meaning humans from Mars, not beings that came originally from Mars) have a perfect reason to be attacking Earth again. However, the princess might not be dead, and this manga makes it clear you don’t always know whom you can trust. It also has the strength that science fiction has—it can take real world issues (like racism and conflict) and show it through different allegories and storytelling.

The first volume sets up a series of different characters, from both Mars and Earth. Sometimes it’s a little confusing, but it feels like one of those manga series that should fall into place the more you read. There are plenty of fast action battle sequences, including multiple ones with mecha. Coming in at about 140 pages, Aldnoah.Zero is a little shorter than the average manga, but it ends right when there’s a big reveal. This seems like a manga that would be of most interest to sci-fi readers (particularly those interested in mecha) and people who are already fans of the anime.