[Manga Review] H.P. Lovecraft’s At the Mountains of Madness 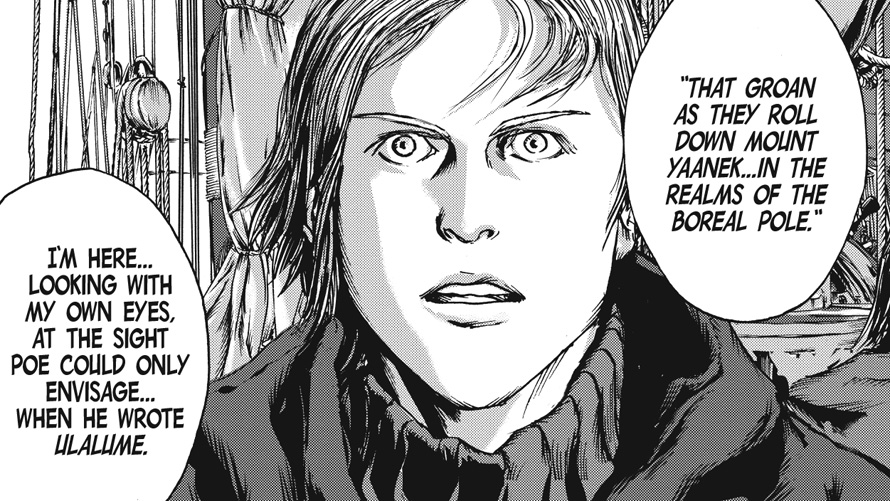 However you feel about horror writer H.P. Lovecraft and his highly xenophobic and racist views, the influence of his work is hard to escape. From traditional pen-and-paper RPGs to harem anime, Lovecraft’s atmospheric settings and cosmic creatures have seeped into every medium imaginable. In his time, Lovecraft was a minor figure in the writing world who never quite matched up to his literary idols, falling into relative obscurity after his death before receiving reappraisal in a time better receptive of his aesthetics, if not his politics. Even today, he tends to be known more for his broad ideas than his actual works. At the Mountains of Madness is a direct manga adaptation of one of Lovecraft’s longer stories, a novella about an Antarctic expedition that stumbles upon the paranormal.

Madness opens with evocative images of the Antarctic landscape, some quotations from Edgar Allan Poe, a bit of history on the original story’s release, and a superfluous namedrop of Oscar-winning director Guillermo del Toro, whose Lovecraft film adaptation has languished in pre-production hell for years. There are a number of names mentioned before getting into the story, but they’re all quickly overshadowed by one American readers are least likely to have heard of: Gou Tanabe. Tanabe isn’t yet a household name in the West. His work only began publication in English in 2017, when Dark Horse released his Lovecraft adaptation The Hound and Other Stories. The Hound was shortlisted for the prestigious Tezuka Award in Japan, and the English translation was nominated for an Eisner Award in the US. 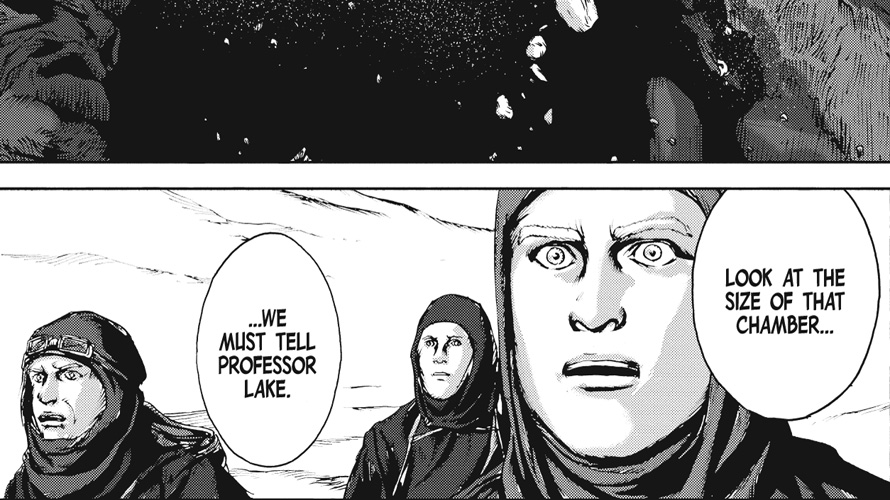 The art of Madness is so finely detailed that it wouldn’t be surprising to learn Tanabe made the expedition to Antarctica himself to gather reference material. Every panel demonstrates meticulous craftsmanship and research, at once heavy on the ink while painting a clear picture of desperate men being consumed by dread. Tanabe’s keen eye and sense of space make the barren continent and the profane corruption hiding inside it come crawling to life from the dark recesses of nightmares.

I heap praise on Tanabe’s art because the plot of At the Mountains of Madness has been picked apart, processed, and refined by generations of Lovecraft’s successors, leaving it a prototypical relic that’s been improved on many times over. If you’ve ever seen Ridley Scott’s Alien or John Carpenter’s The Thing, you’re already familiar with the general plot of Madness: a team of 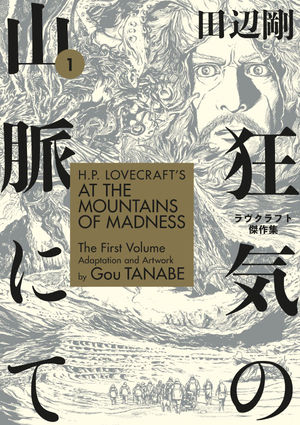 American scientists braves the journey to an inhospitable land, prepared to confront the unknown in the name of knowledge. The explorers stumble upon an unusual cave, awakening an ancient force beyond human comprehension. What was original in Lovecraft’s time is now familiar sci-fi pulp material, but Tanabe’s calculated pacing and brutal depictions of alien rituals make the story feel new. The buildup is slow but never lethargic, and once the expedition starts going awry it’s a struggle not to begin racing through the pages to see what awful fate awaits the human trespassers.

Along with The Hound and Other Stories, the two-volume adaptation of At the Mountains of Madness seems sure to make a star out of Tanabe. Dark Horse is positioning Madness as a crossover title to appeal to horror and science fiction fans who wouldn’t normally read manga, promoting the fact that the book is closer to Western-style graphic novels in format and style. On the flip side, that also makes it a perfect title for manga readers looking for something out of the ordinary. Even if you’re not a fan of Lovecraft or don’t have the stomach for cosmic horror, the manga world is blessed by the arrival of Tanabe and his exceptional artistic skills. Recommended.

Sarazanmai brings surrealist director Kunihiko Ikuhara back to anime’s center stage.
Bloom Into You is a delicious slow burn of an anime romance.