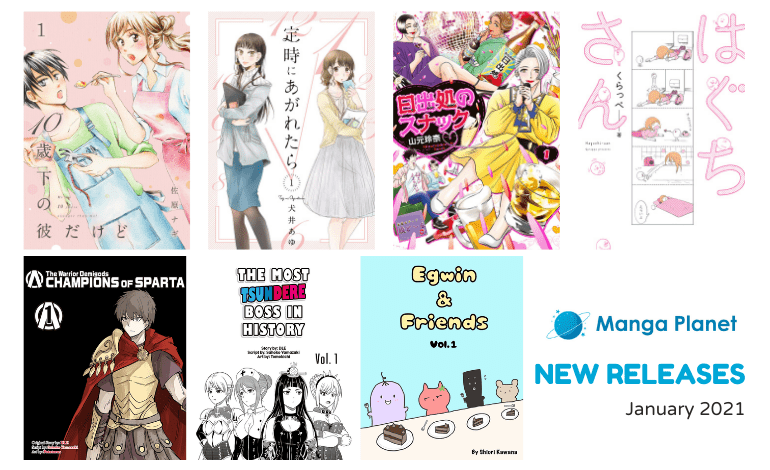 The website Manga Planet, which offers all the licensed manga from their catalogue at $6.99 each month, was briefly shut down for maintenance. But it’s back online and its Twitter handle announced improvements to its site:

・Users can now be signed into up to 3 devices at once. When a fourth device is signed in, the device with the oldest connection at the time will be automatically signed out.

・A bug preventing users from making card changes on Stripe has been resolved.

We plan to add large-scale functions and increase the number of titles in our Library, and hope to keep improving our service for users’ enjoyment in 2021.

We thank you again for your support.

If you haven’t checked out Manga Planet before and aren’t sure where to start, they did offer up suggestions for romance titles in the spirit of Valentine’s Day coming up:

It's February and the store shelves begin to fill with chocolate in preparation for Valentine's Day. Here are four of our favorite lovey-dovey tales that you'll enjoy reading on Manga Planet!

Have you used Manga Planet?