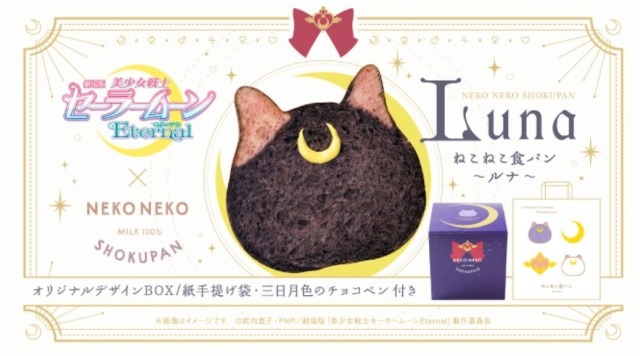 Sailor Moon Eternal Part 2 will be hitting Japanese theaters this Thursday, February 11. At the same time, the company Neko Neko Shokupan (Cat Cat Bread) will be releasing special sweets themed after the franchise.

First up is the dessert Luna bread, made of strawberry chocolate and black cocoa powder. But the crescent moon on Luna’s head doesn’t automatically come with the dessert. Instead, fans get a chocolate pen that they can use to draw the crescent themselves (or maybe just eat it as is). 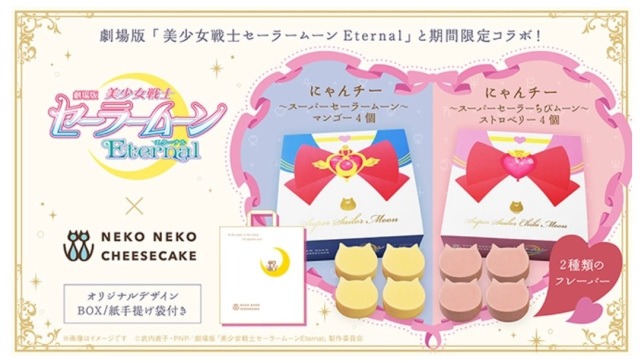 All of these treats will be sold through the All Hearts Mall.