Manga Absurdity Runs Rampant in My Roomie Is a Dino 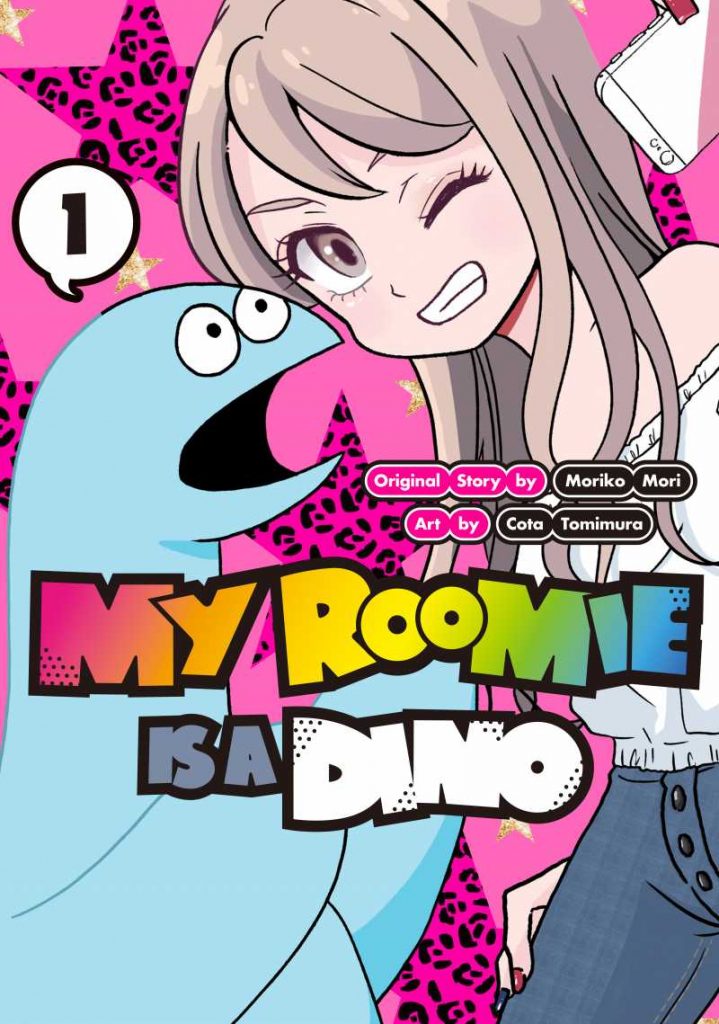 People sometimes do outrageous things when partying. Like Kaede. She got drunk and invited a dinosaur to be her roommate.

There’s no explanation of where Dino came from or how a dinosaur would still be alive, because that’s not the point of this manga. It’s just meant to be a gag. We also don’t know what species he’s supposed to be, because Kaede can’t find him in a book. He’s really just a generic-looking long-necked dinosaur who more resembles a Sesame Street character than any real species. He can walk on two feet like a person, put a purse over his shoulder and go shopping. He also speaks Japanese, loves Japanese food (especially ramen), and enjoys watching Japanese TV detective shows. And while he looks like a kid’s cartoon or puppet dinosaur, there are a few not-for-little-kids jokes and the rating is 13+.

My Roomie Is a Dino is broken up into little short chapter stories that never really form a cohesive plot, but which contain characters and scenarios that will pop back up. Kaede’s ex-boyfriend still has feelings for her and he shows up again and again. Her friend Yamada wants to come visit and post pictures of Dino on Instagram. Dino gets upset when his tail is stepped on. Kaede tries to teach him how to behave toward the gods at a shrine. Dino has misunderstandings about how to behave in Japanese society. Lots of references to Japanese foods show up, plus brief explanations about each dish. Dino might not understand some things, but he is able to use chopsticks.

This is the kind of stuff My Roomie Is a Dino covers. It doesn’t go for hysterical humor; it goes for more silly, light, absurd humor. It feels very Japanese, and not only because of all the references to the culture and lifestyle, but simply in the laid-back gag style in which it was written.

So far three volumes of the manga have been published, and the first two are available in English through Kodansha in digital-only releases. The manga recently spun off into an anime (called Gal and Dino) that began airing in Japan this month and is available for streaming through FUNimation.

gal and dino 2my roomie is a dino 1 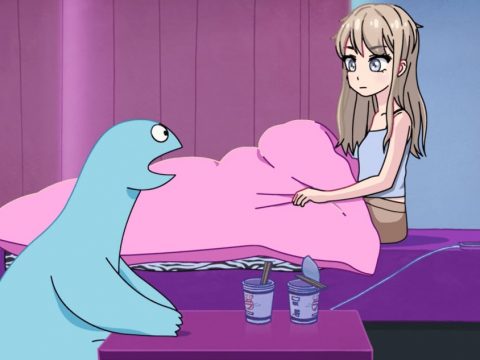 Gal & Dino Restarts in October (Yeah, the Live-Action Part Too)