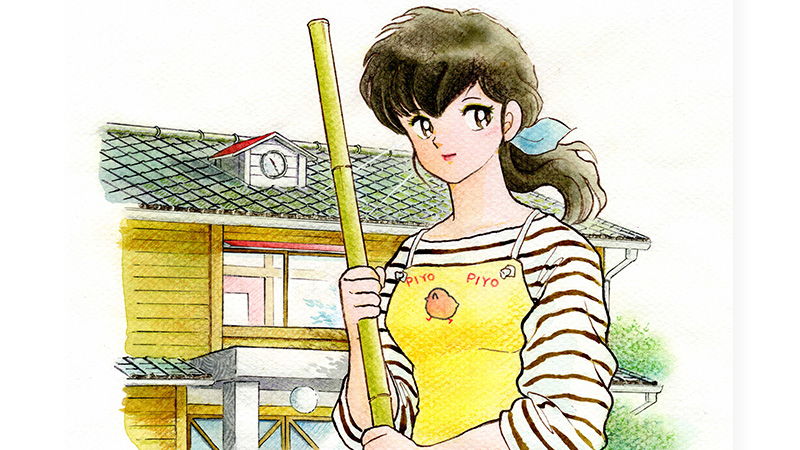 When Viz Media first began, one of the staff’s dream projects was to release Rumiko Takahashi’s rom-com magnum opus Maison Ikkoku. That dream has since been realized several times over, and the series is now back in print in a prestige Viz Signature edition. After decades of Maison Ikkoku derivatives, the original hit manga remains as delightful as it was back in the 1980s. 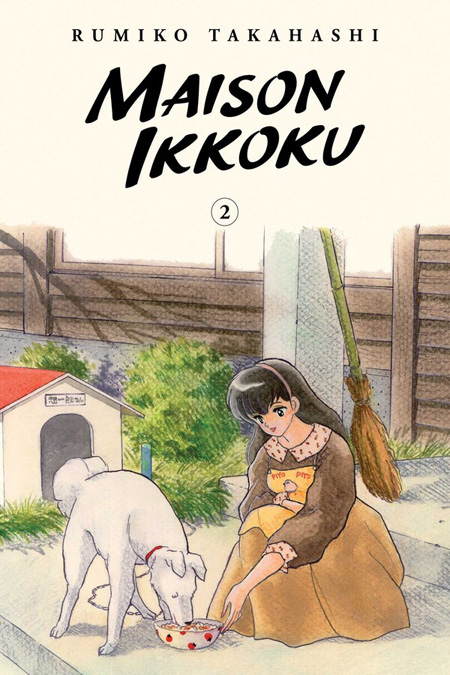 Hapless young adult Yusaku Godai wants get into college, but he’s flunked his entrance exams and has to spend a year studying to try again. Unfortunately, he lives at Maison Ikkoku, a boarding house that’s home to a mob of loud, disruptive drunkards and oddballs bent on causing as many distractions as possible. (My favorite is Mr. Yotsuya, Godai’s suit-clad neighbor who pops out of walls and whose personal details are a mystery to everyone.) Why does Godai stay? Simple: he’s smitten with the new resident manager, the beautiful Kyoko Otonashi. But despite her young (though still older than Godai) age, Kyoko is recently widowed and reluctant to let go of her past love…plus Godai has to compete with other suitors who, unlike himself, are both handsome and gainfully employed.

So begins a long series of wacky alcohol-fueled hijinks, alcohol-fueled misunderstandings, romantic rivalries, and heartfelt emotional drama between adults that plays out over the course of several years, in real time relative to the story’s original serialization. And, unlike every other will-they-won’t-they Rumiko Takahashi romantic comedy, Maison Ikkoku—get this—actually ends.

For fans who may be double (or triple) dipping and want to know what’s new in this edition, each volume of the Viz Signature edition will cover about 16 chapters, adding up to ten volumes. The page size is also larger and the art is finally un-flipped…yeah, you’re buying Maison Ikkoku again! Recommended.

Pikachu Joins “PPAP” Artist Pikotaro for New Single, Video
New By the Grace of the Gods Trailer Shows Off the Upcoming Anime