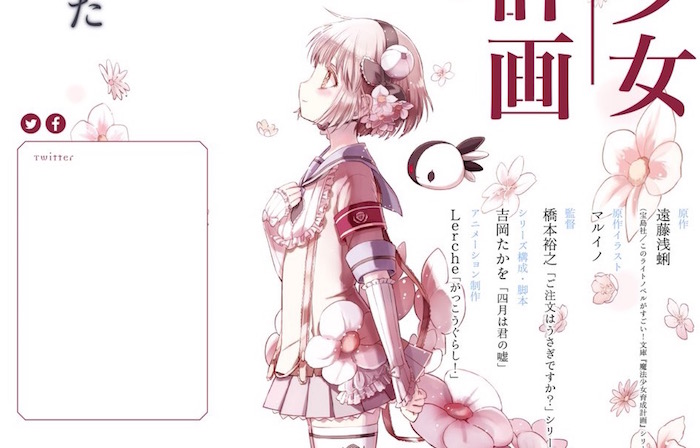 Asari Endou’s Magical Girl Raising Project light novels are making the leap to anime, and an update on the official website has the TV series set to premiere sometime this year. Is the Order a Rabbit? director Hiroyuki Hashimoto is at the helm, with Takao Yoshioka (Your Lie in April) on series composition for the Lerche (Assassination Classroom) production.

The story centers on a popular social game called Magical Girl Raising Project, which, on rare occasion, gives girls special powers in real life. According to the administration, 16 girls in one district is too many, so they’re forced to fight for survival until the number is cut in half.