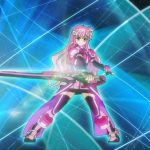 We may be under the protection of the Time-Space Administrative Bureau, but not every world out there is quite so lucky. Eltria is just such a world; witnessing its own slow death with no recourse but to jettison its citizens elsewhere. Kyrie Florian and her older sister Amita are citizens of Eltria who should probably be getting out of there as soon as possible, but their father is in poor health and Kyrie is on the hunt for a solution. What if she could not only save her father, but also revive her dying world in the process? In spite of Amita’s best efforts to stop her, Kyrie sets out on a dimensional jaunt to Earth with her childhood friend (and artificial intelligence) Iris in an attempt to bring back enough power to save her world. 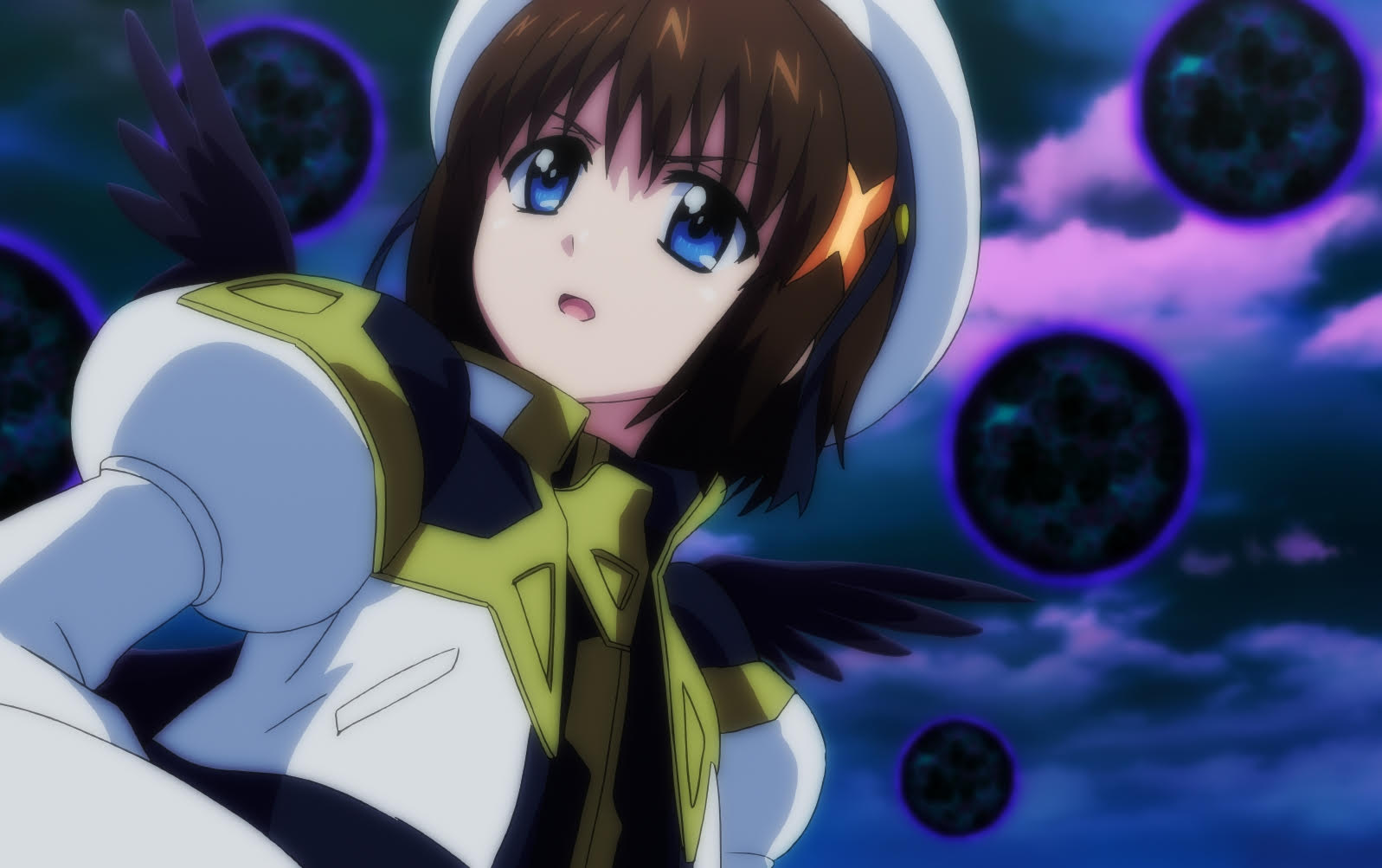 Naturally, doing so lands her smack dab in the middle of the stomping grounds of Nanoha, Fate, and the rest of their high-flying magical squad. This wouldn’t be a problem if Kyrie’s goals didn’t involve stealing and drawing the power from within Hayate’s magical Tome. Her attempt to “borrow” said book quickly turns violent, kicking off the first explosive battle of Magical Girl Lyrical Nanoha: Reflection, the latest feature film in the long-running multimedia franchise.

This isn’t your average invading antagonist situation, so Nanoha and the higher ups in the Time-Space Administrative Bureau aren’t quite sure how to handle these potentially threatening newcomers. Thankfully, Amita makes it a little easier by revealing that she only wants to stop her sister, but what should they do about Kyrie? The first battle was evidence enough that she’ll go to any lengths necessary to use our heroines’ powers to save her world and her father’s life. Considering the fact that Kyrie utterly defeated them in that initial encounter, it’s clear they can’t hold back when facing off against her.

Despite her vicious attack, though, Kyrie obviously means well, and some of the girls can empathize with her position. Backed into a corner and fueled by the desperate need to help a person you love; it’s something with which pretty much anyone can identify. Thus, it becomes a matter of seeing how far she’s willing to take this quest. Considering this is the first of a two-part film series, it might not surprise you to learn that Kyrie ends up unleashing a power much more devastating than she ever anticipated. 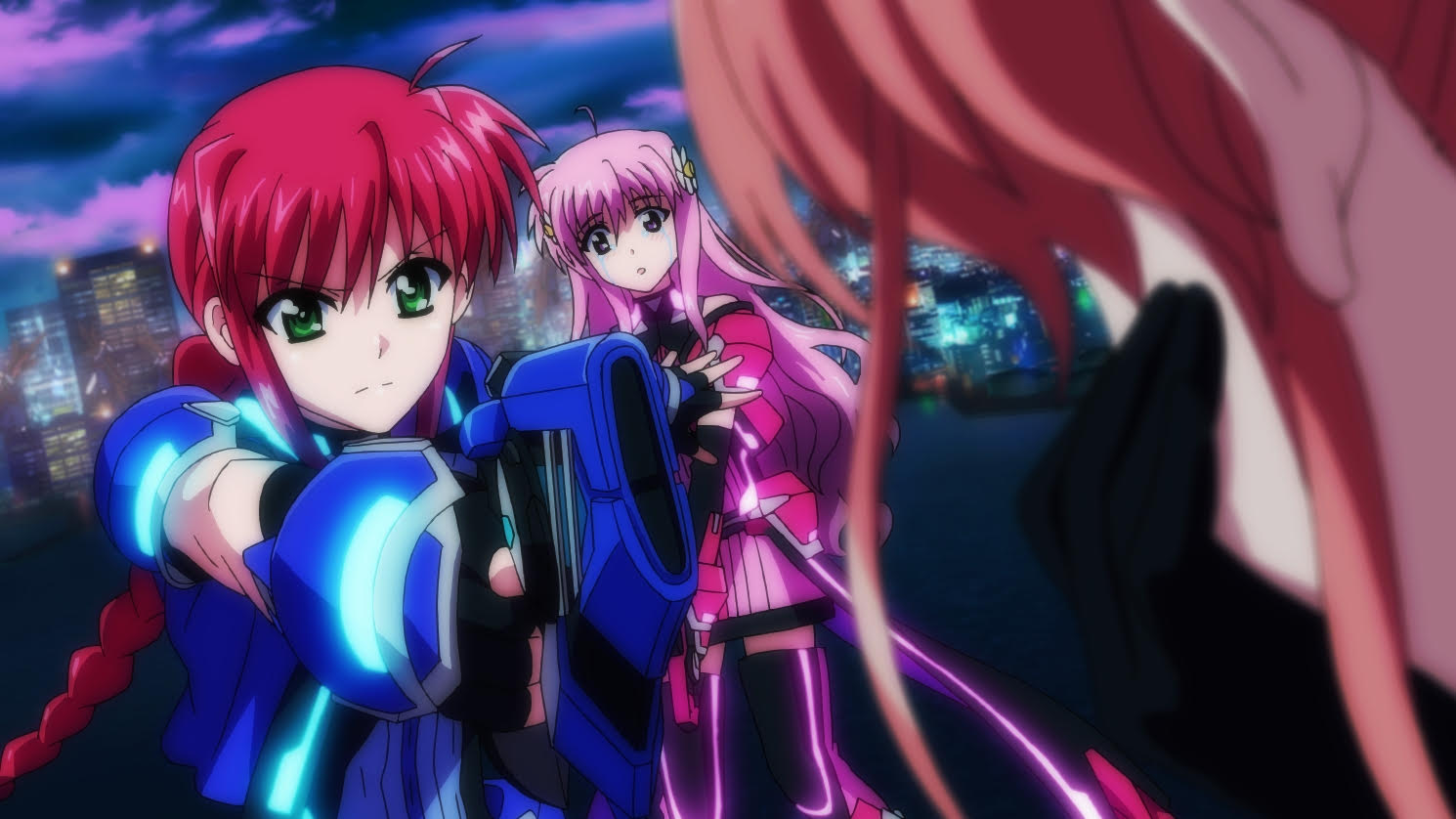 Impressively, nearly half the running time of Reflection is dedicated to fate-determining aerial battles full of ruthless special attacks that would turn your average, non-magical human into pure space dust. Many magical girl outings are known for their ornate outfits or flourishing poses, but Nanoha is all about wild magical tech and intricate, super-powered weaponry. The weapon designs often make its aesthetic more Phantasy Star Online than Sailor Moon, which is a welcome change of pace from your typical magical girl fare.

This aspect of Nanoha won’t come as a shocker to anyone who’s been following the series since the beginning. While there’s a certain amount of character familiarity that will give fans the advantage here, anyone hoping to see some magical girl action on the big screen will get what they asked for in Reflection. Sadly, until now seeing any of the anime series in a legitimate way has been easier said than done. The lack of Nanoha presence in the west means you’re likely going into this film without much context for what’s going on. I certainly did, but Reflection works well enough as the first of a larger two-chapter standalone film, especially if you take it at face value as a free-for-all full of transformations, powerful familiars, and colossal armaments. 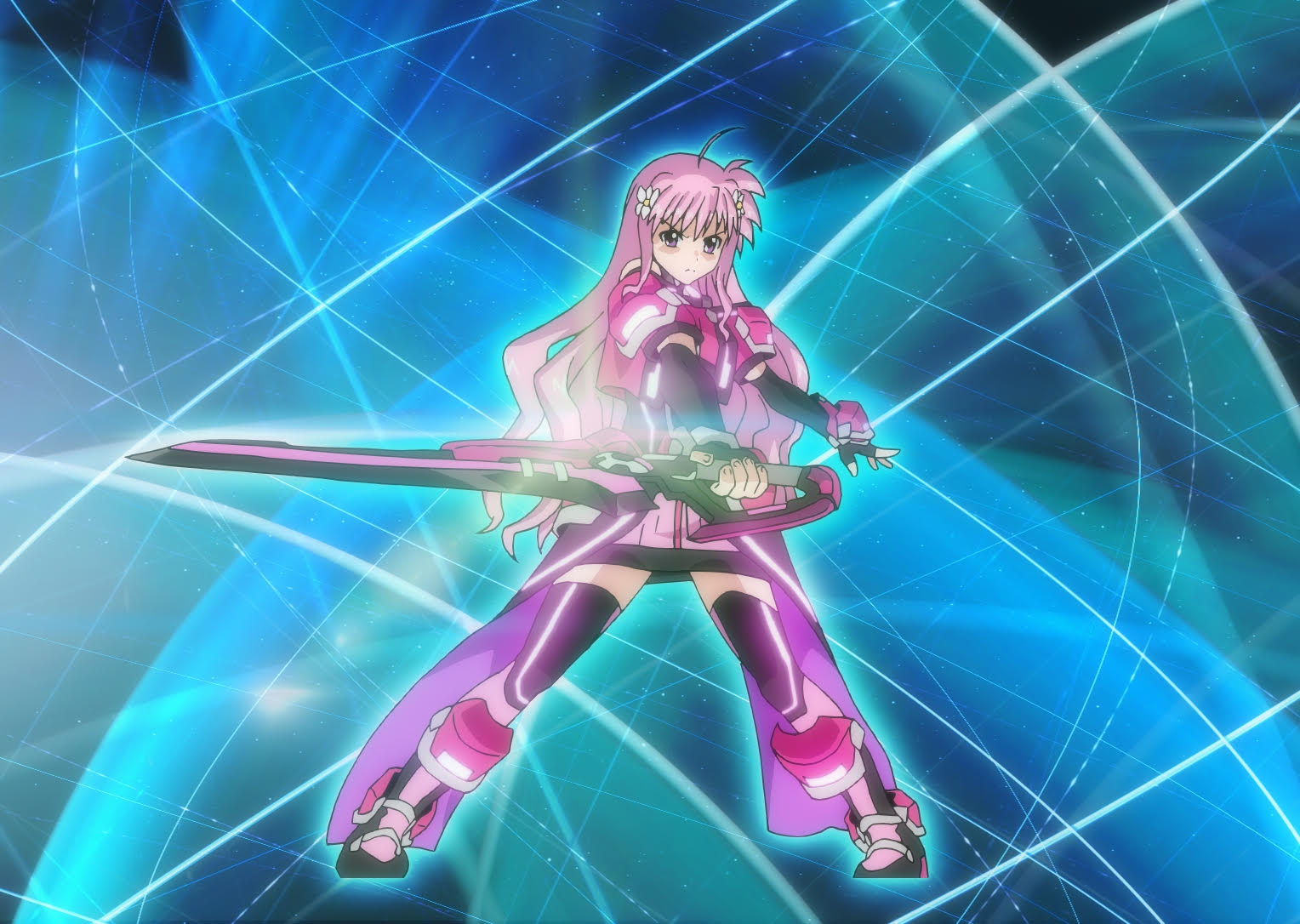 If i had any major complaints about Reflection, it’s that there might almost be too much action. That seems like a silly con, especially if you’re here to see this spectacle on the big screen, but there’s something to be said for balance. The downtime in Reflection is sparse, so a huge chunk of the film seems like a really lengthy climax that stays at a peak with very few valleys in between. Seven Arcs Pictures’ (Dog Days”, Basilisk: The Ouka Ninja Scrolls) production is relatively solid, though, and director Takayuki Hamana (Library War, The Prince of Tennis, Appleseed XIII) keeps things moving at a rapid clip. Just know that once all is said and done, you’re essentially signing yourself up for part two, Detonation!