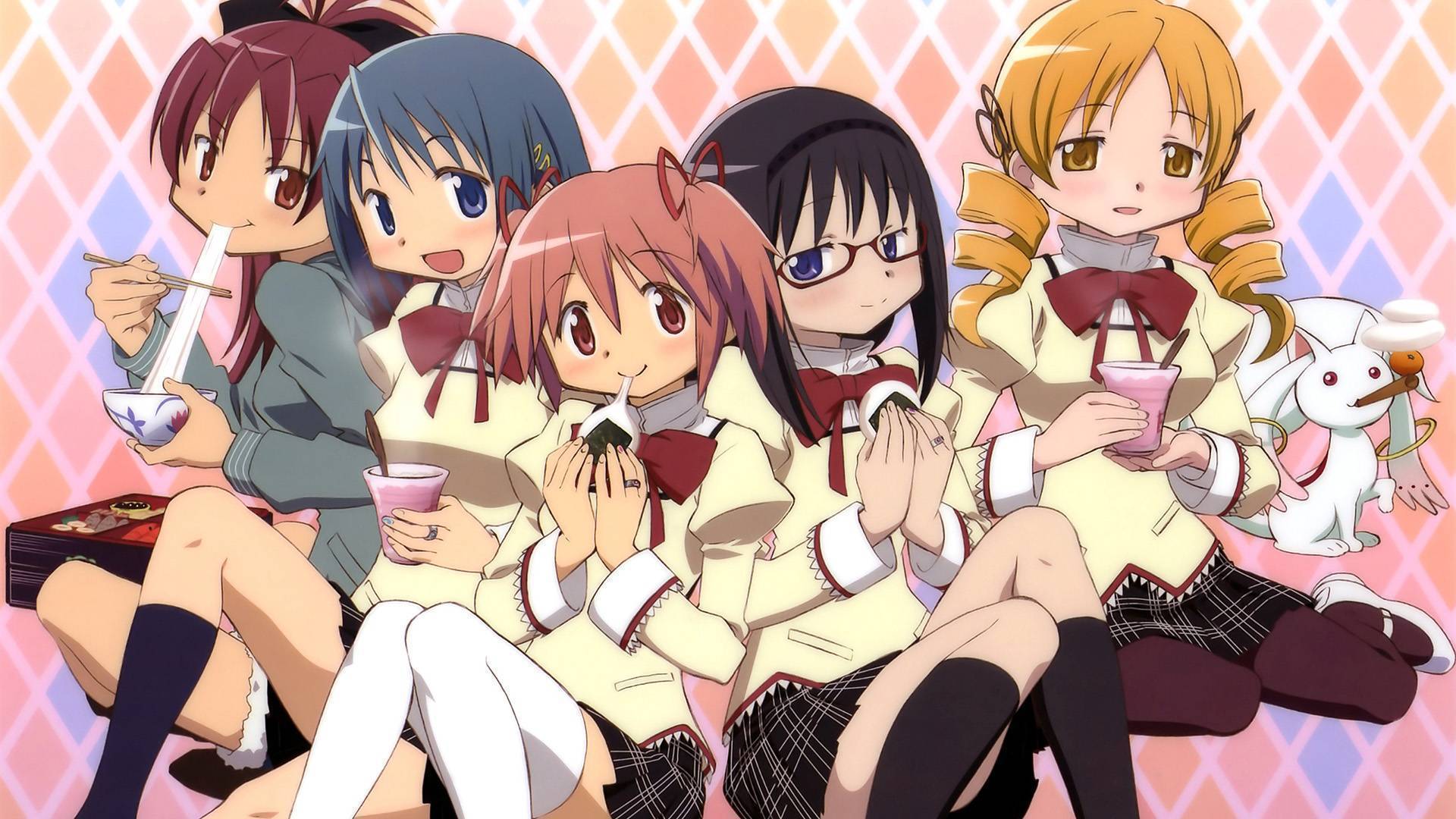 For now, we’re not losing our head over plot twists or surprise endings. Instead, we’re looking at things about the series itself that surprised, impressed, and intrigued us. And still do to this day.

The Gentle Work of Ume Aoki 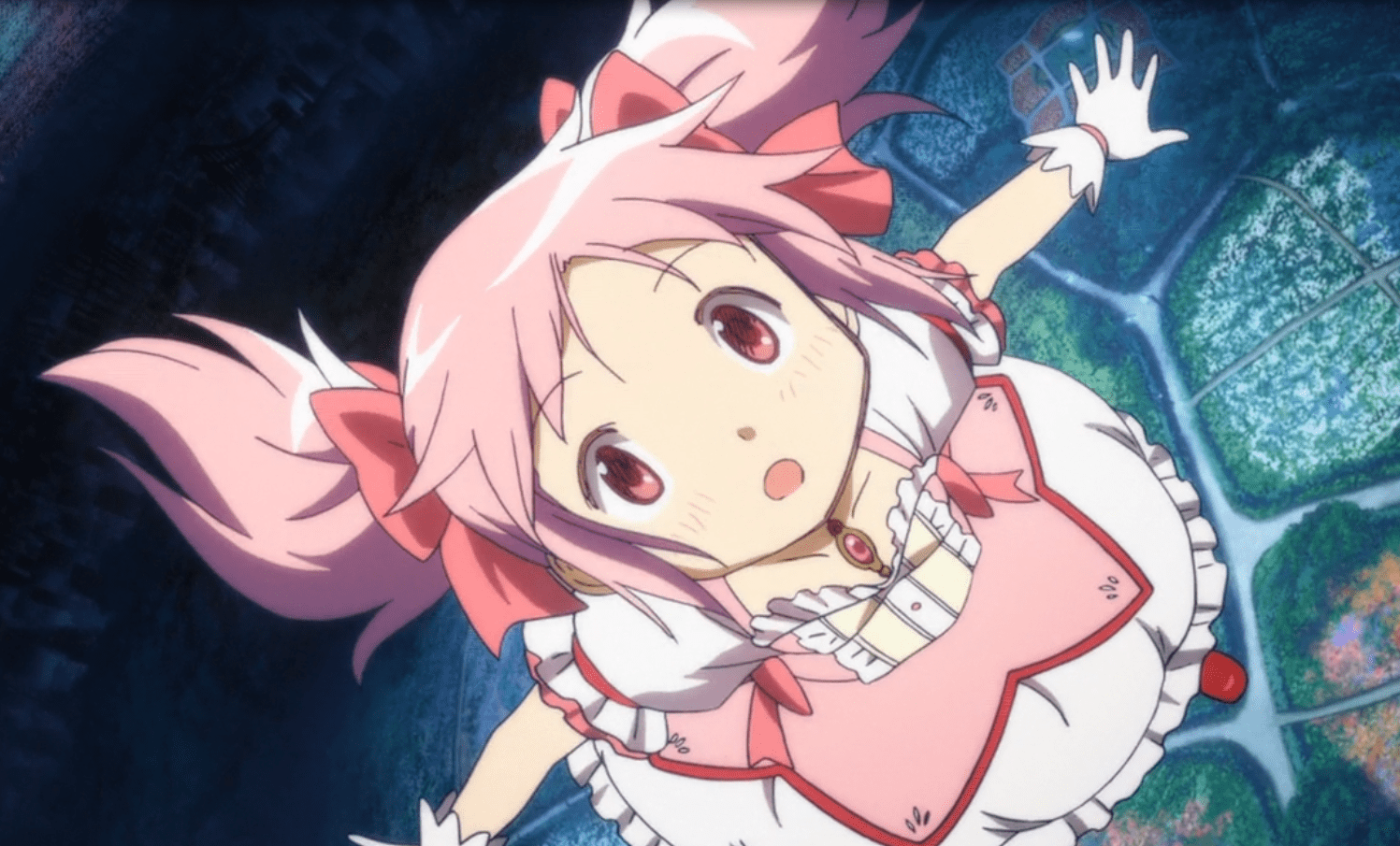 For many, Madoka Magica was a gateway into the work of manga artist Ume Aoki. She had already drawn Hidamari Sketch, as well as doujin under the pseudonym apricot+. But the soft, sweet character designs of the 2011 magical girl show brought a whole new audience to Aoki’s work.

In contrast to Aoki’s character designs, animation duo gekidan INU CURRY designs the show’s dark, creepy Witches. The juxtaposition of the two styles has gone on to define the show’s unique style, as well as that of its many spinoffs. Not only that, Aoki’s art helped Shaft keep fans in the dark about the show’s true nature… 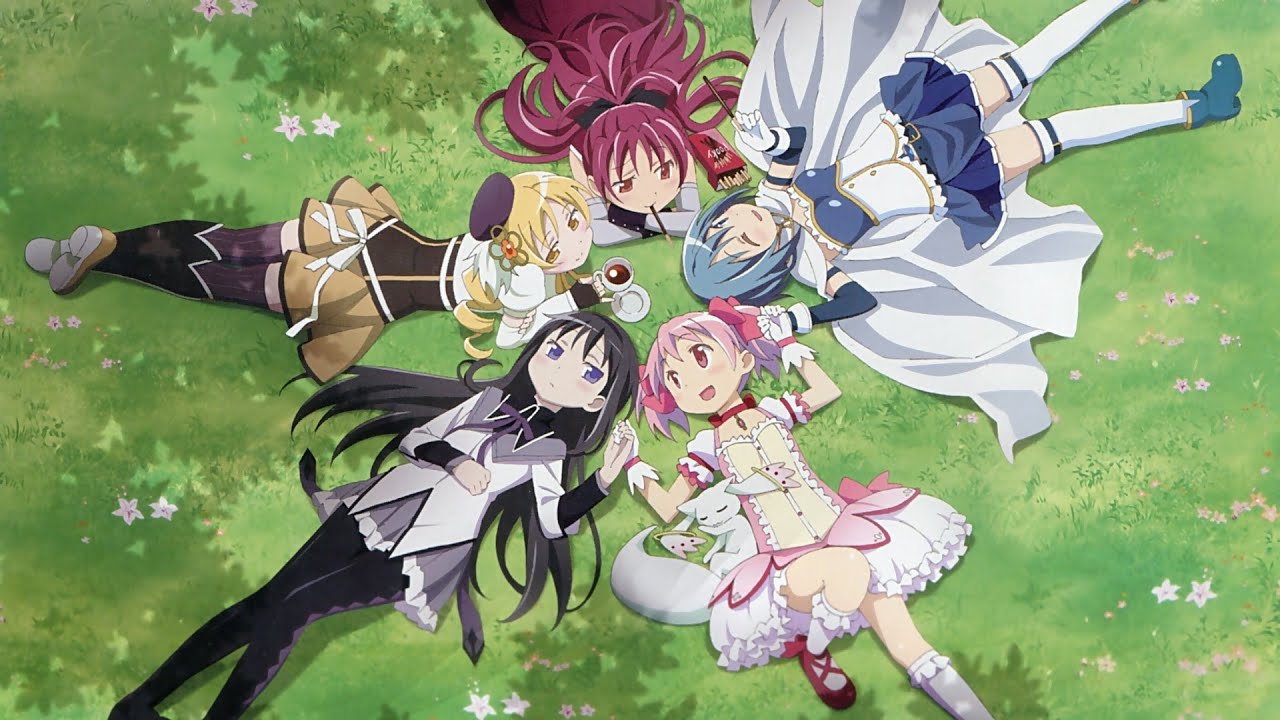 There are some creators whose works have such a recognizable brand, their name alone is enough to tell you what’s up. Such is the case for Gen Urobuchi, nicknamed “Urobutcher” by some fans. With titles like Song of Saya and PSYCHO-PASS under his belt, the mere mention of his name tells you you’re in for a terrifying time.

So… early Madoka Magica promotional material just didn’t mention him at all.

Looking back at old magazine spreads, you’ll see what effectively looks like a Pretty Cure one-off. Pleasant sunny afternoons with five magical girls, deceptively sweet copy… all of this kept the lid on the show’s big secret. And once Urobuchi’s name was officially attached? Everything started to make sense.

The final episode of Madoka Magica is not subtle in its implications: magical girls have always been and always will be. They’re everywhere and everywhen, and you may even have heard of a few of them. With that large a playing field, there’s lots of room to explore.

There are nearly a dozen manga spinoffs, many following different magical girl teams entirely. And it all came around not long ago with Magia Record, a gacha game that populates the puella magi world even further. There’s no telling just how many wishes Kyubey has granted, and every new group of girls handles their powers differently. So, for all intents and purposes, we could just keep getting spinoffs for a while.

Lots of Madoka Magica events, goods, and collaborations are already underway to celebrate its 10th anniversary. Keep an eye out for more!

View all posts by Kara Dennison
Why Is That Kid from Stone Ocean Wearing a Cubs Uniform?
Golgo 13 Manga Ties With Guinness World Record for Most Volumes