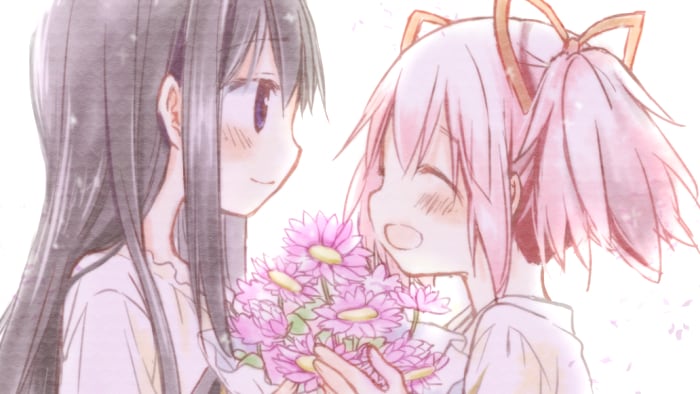 Puella Magi Madoka Magica first aired in 2011, but continues to be hugely popular, with spinoff games and anime keeping the flame alive. October 3 is the birthday of Madoka Kaname, the protagonist of the series, and Japan marked the occasion with some tweets from some key Madoka personnel. Chief among them was Ume Aoki, the character designer for the original series.

Ume uploaded a brand-new illustration of Madoka receiving flowers from her friend and ally, Homura Akemi.

Other tweets included one from Shaft, the anime studio that produced the series, and from Aoi Yuki, who voices Madoka. Yuki wrote, “from the Madoka who is a normal girl to the Madoka who became a god, I love her in every form.”

Here’s how Aniplex of America describes the series:

Madoka Kaname is an eighth-grader who leads a peaceful, fun-filled life as a student, surrounded by her beloved family and her best friends. One day, a transfer student named Homura Akemi arrives in Madoka’s class. She is a dark-haired beauty with a somewhat mysterious disposition. Soon after meeting Madoka for the first time, Homura goes on to issue Madoka a strange warning.

Madoka also meets Kyubey, a mysterious looking white creature. He says, “Make a contract with me and become a magical girl!” To make any wish come true — Madoka didn’t know the meaning of this miracle nor its cost. An impending loss triggers a drastic change in her destiny… 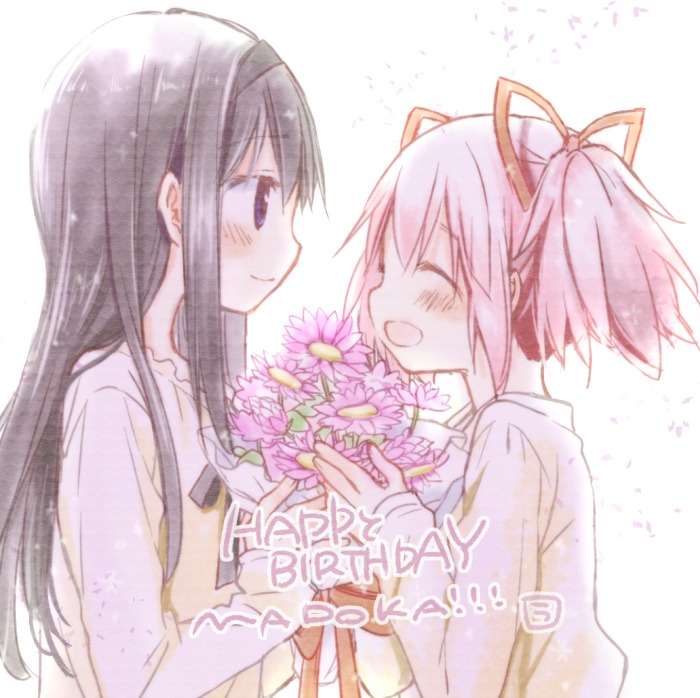 View all posts by Matt Schley
GKIDS Licenses Evangelion for Home Video, Theatrical Distribution
The Strongest Hero of Arifureta Is a Devoted Teacher