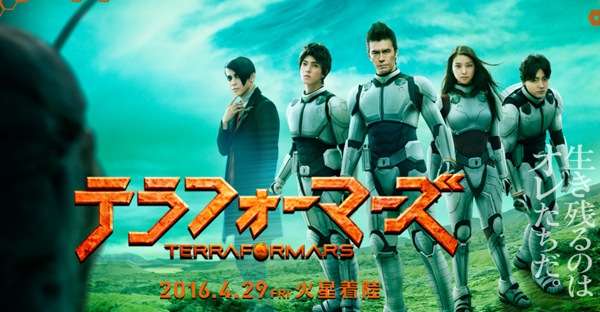 The first advance review for the live-action adaptation of Terra Formars, which opens Friday in Japan, is out, and it is not exactly glowing.

Critic Yuichi Maeda of the movie review site Chou Eiga Hihyou gave the film 5 out of a possible 100 points.

Maeda tweeted after seeing the film:

“I just saw an advance screening of Terra Formars. Oh my God. I’m pretty sure fans of the manga are all going to line up on one side of this thing. This has the possibility to cause more turmoil than the live-action Attack on Titan films. I’m astonished this happened under director [Takashi] Miike. I bet this thing is going to be the talk of the year.”

It should be noted that Chou Eiga Hihyou’s Maeda has somewhat of a reputation as a rabble-rouser. His review last year of the first live-action Attack on Titan movie, which he gave 40 out of 100, caused a brief controversy when director Shinji Higuchi tweeted: “who’s the idiot who gave this guy an early release of the film?”

We’ll have our own review of Terra Formars when it hits.