Last year it was announced the horror manga Parasyte would receive the live action treatment, and now the trailer for the first of two planned films has been released. And man, it’s a doozy.

Parasyte, which, man, looks pretty good to us, arrives this November in Japan, followed by the finale in late 2015. Both films are directed by Takashi Yamazaki, who also directed the live action Space Battleship Yamato film, and stars Shota Sometani, Eri Fukatsu, and Tadanobu Asano (Lupin III). 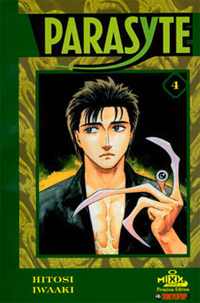 You probably got the gist from the preview, but Parasyte’s about some aliens who come to earth, infect humans, and eat ‘em. The tables are turned when one such alien accidentally takes over a high school student (Sometani)’s hand rather than his brain, forming a seriously odd-couple pair who team up to fight the other aliens.

That’s not all! Parasyte will also be adapted into an anime series this fall. Though the specifics are limited, we wonder whether the live action and anime will have any actor crossover. Sure would make for a nice consistent experience.