The previously-announced live-action Gintama film won’t be making its debut in Japan until July 2017, but we already have our first look at the main cast in motion. The official website popped up a quick teaser showing Shun Oguri as Gintoki, Masaki Suda as Shinpachi, and Kanna Hashimoto as Kagura, so see how they look in action below.

There’s also a promotional poster with an amazing tagline: “I am the stupidest samurai in space, you bastard!!” 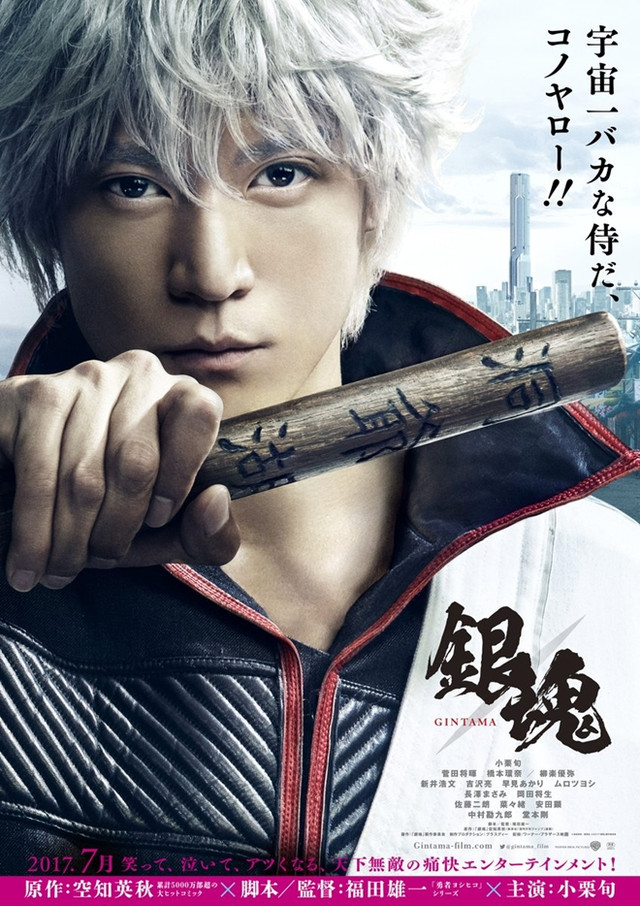