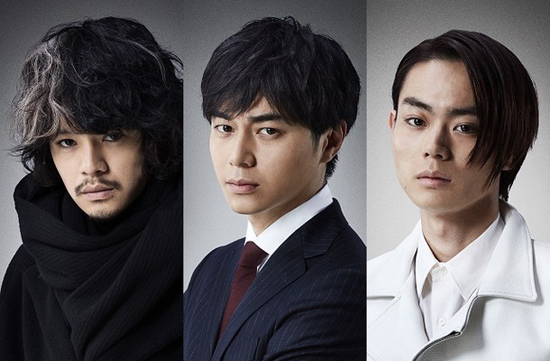 Last year we reported that a new live-action Death Note film, entitled Death Note 2016 (you’ll never guess the release year, guys) was in the works, and now we’ve got our first glimpse at the film’s main three cast members.

Let’s check these guys out.

From left to right:

The film, which will serve as a sequel to the two 2006 Death Note films, will star characters who “inherited the DNA of Light and L” who are set to battle over the six Death Notes – yes, count ‘em, six – in the world. The plot will also involve cyber-terrorism.

Death Note 2016 will be directed by Shinsuke Sato, who previously directed the live-action Gantz and Library Wars films. It’ll open in Japan this fall.