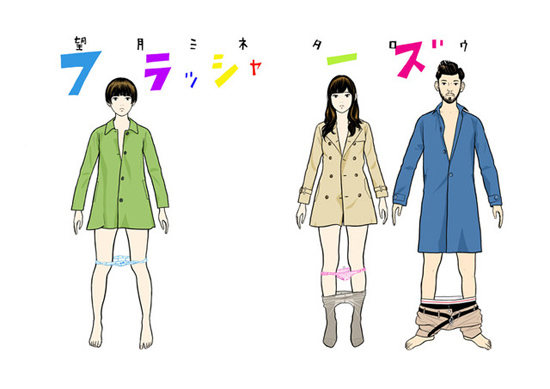 Manga artist Minetaro Mochizuki, best known in the west for his post-apocalyptic 90s manga Dragon Head, is out with a one-shot manga today called Flashers, which is about exactly what it sounds like.

And to give readers a little extra incentive to grab Flashers, pin-up idol Moemi Katayama has posted for some photos that, well, match the theme of the comic.

Flashers, published in the February 8 edition of manga magazine Big Comic Spirits, concerns main character Yuzu and his girlfriend Hifumi, who offers to grant Yuzu one wish on his birthday. Yuzu’s request concerns a girl at his workplace and a certain male fantasy. Need we say more? 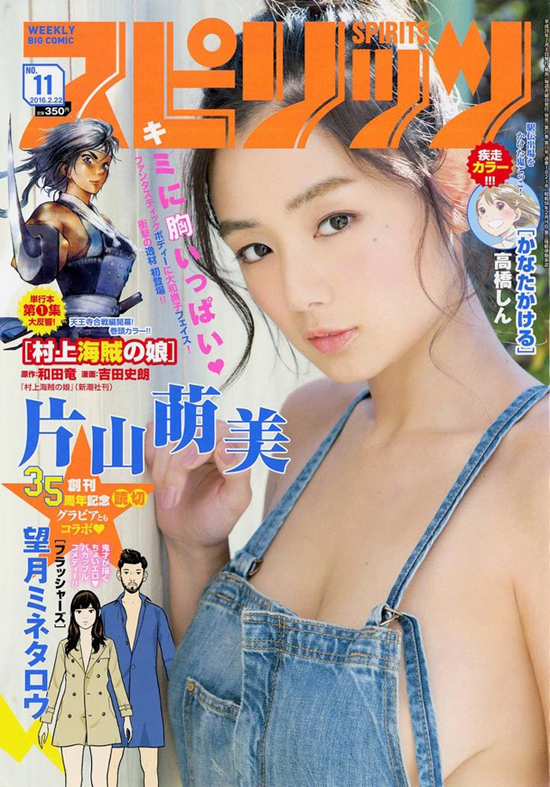 The one-shot manga is written and illustrated by Minetaro Mochizuki (Dragon Head, Zutto Saki no Hanashi), who also helped put together the photo shoot that accompanies the manga featuring pin-up idol Moemi Katayama, who Mochizuki chose. He also decided on the “nothin’ but apron” theme, which kind of makes sense for a manga called Flashers. 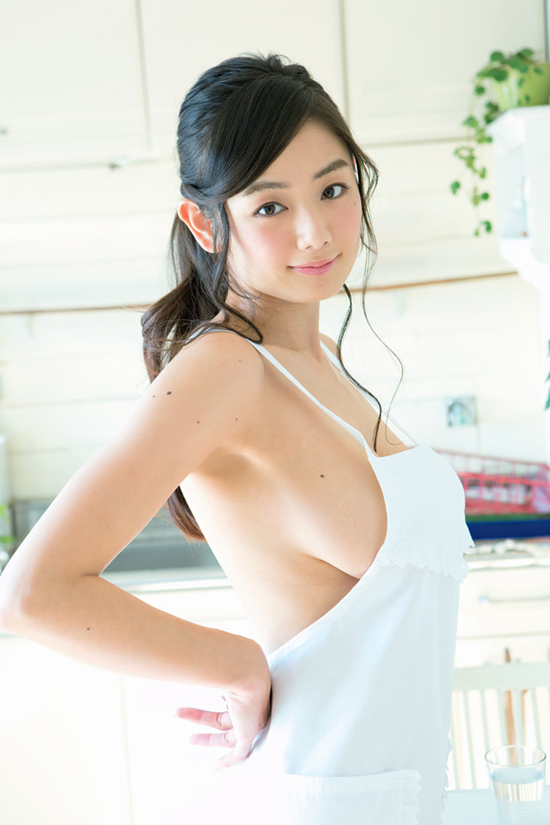