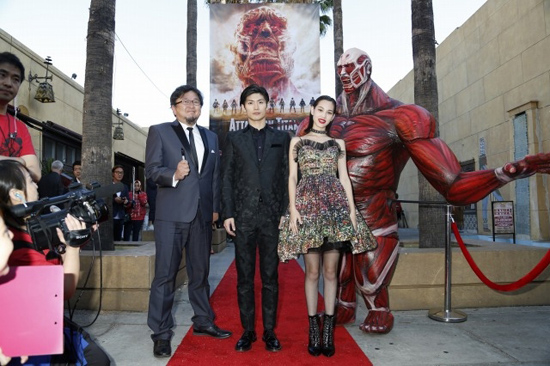 The first of two live-action Attack on Titan films opens August 1 in Japan, but some lucky fans in L.A. got an early glimpse at the film during its premiere at the Egyptian Theatre in Los Angeles July 14.

In attendance at the premiere were stars Haruma Miura (Eren) and Kiko Mizuhara (Mikasa) as well as director Shinji Higuchi.

Said Miura, “it’s a true honor to be here. I’m extremely happy to be standing in front of everyone here in Hollywood,” while Mizuhara said, “to tell the truth, having a premiere in L.A. is a little nerve-wracking.”

After the film, the three received a standing ovation from the audience.

“To get such a reaction from you cinema-loving fans makes me incredibly happy,” said director Higuchi.

Look forward to our review of the film early next month! 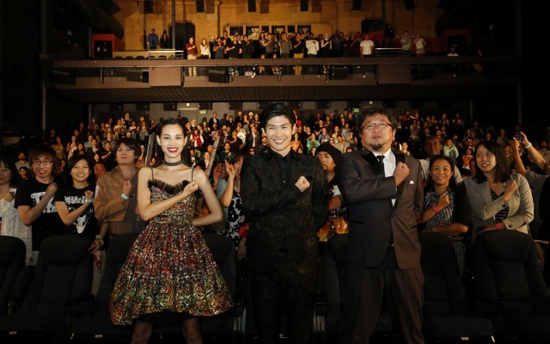