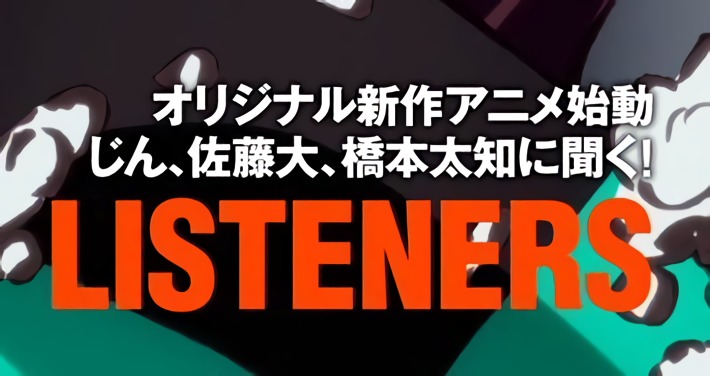 Listen up: there appears to be a new anime from Cowboy Bebop writer Dai Sato on the way.

The details are scant, but here’s what we know. The anime is called LISTENERS, and aside from Mr. Sato, it also involves Taichi Hashimoto and Jin. The former produced anime like Rosario + Vampire Capu2 and Speed Grapher, while the latter is the musician and writer who created Mekakucity Actors.

Aside from Cowboy Bebop, Sato is also known for his work on Ghost in the Shell: Stand Alone Complex, Eureka Seven, Ergo Proxy and more. We talked to him and Bebop director Shinichiro Watanabe at NDK a few years back, if you’re into that.

We’ll update you on LISTENERS as soon as we know more.

View all posts by Matt Schley
Your Name. and Recent Dragon Ball Z Films Available to Stream for the First Time
Count Down to Evangelion 4 with Eva Pendant Watches