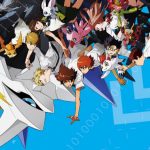 Following up on successful screenings for Digimon Adventure tri.: Reunion, Fathom Events and Toei Animation have partnered to bring the final three chapters in the six-part anime film series to theaters throughout the United States. With story recaps and cast and crew interviews kicking off the special event screenings, Loss, Coexistence, and Future have been scheduled to make their respective debuts in February, May, and September 2018.

You’ll be able to grab tickets online or at participating theaters, and you can see more details for each screening below. 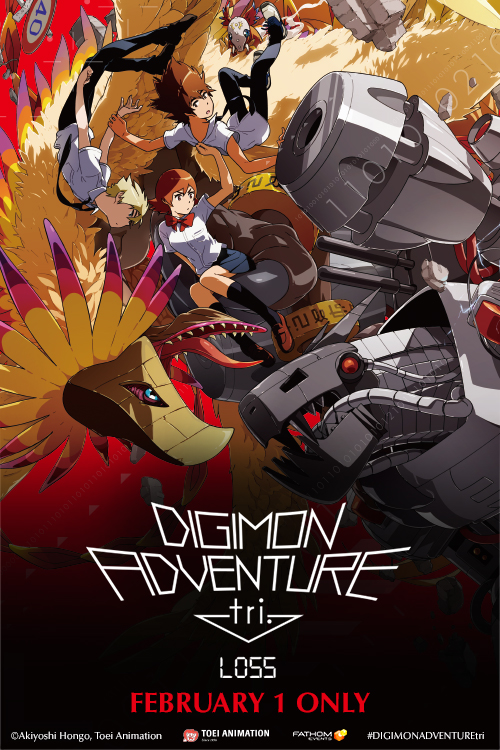 After the “reboot” and Meicoomon’s rampage, Tai and friends arrive in the Digital World. They reunite with their partner Digimon, who have lost all their memories. As everyone discusses what they should do from within the Digital World, Meicoomon suddenly appears and then disappears. She still has her memories for some reason. Meanwhile in the Real World, Nishijima receives word that Himekawa has gone missing. As he investigates, he determines that there’s been some hidden agenda behind her behavior that has to do with a past event that determined both their destinies. 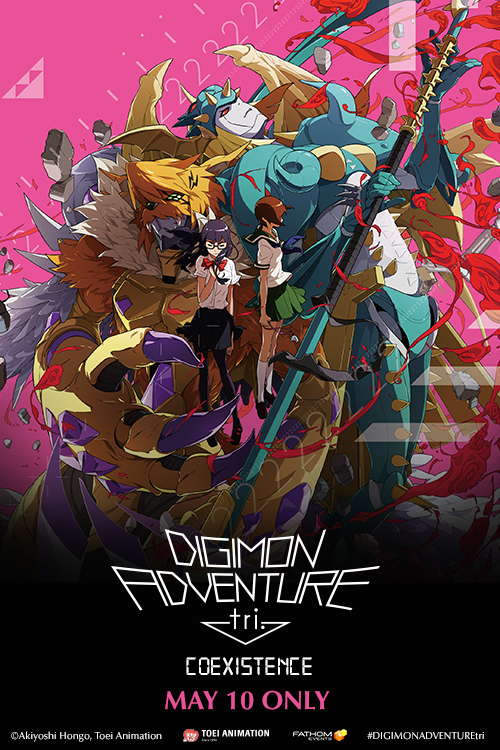 Meicoomon once again begins to rampage when she sees her partner Meiko injured by a mysterious man. Meicoomon, who disappeared into the Real World, is a distortion itself—in possession of too much power, and a key to destroying the world. The arrival of rampaging Meicoomon starts the countdown to the Real World’s collapse. A series of abnormal phenomena occur all over the place. The Digimon who appear through the distortions were waiting for this time to come. The DigiDestined are cast out of the Digital World when it goes out of order, and after returning to the Real World, are driven away by people on account of their accompanying partner Digimon. Meanwhile, a cruel fate is imminent for Kari. 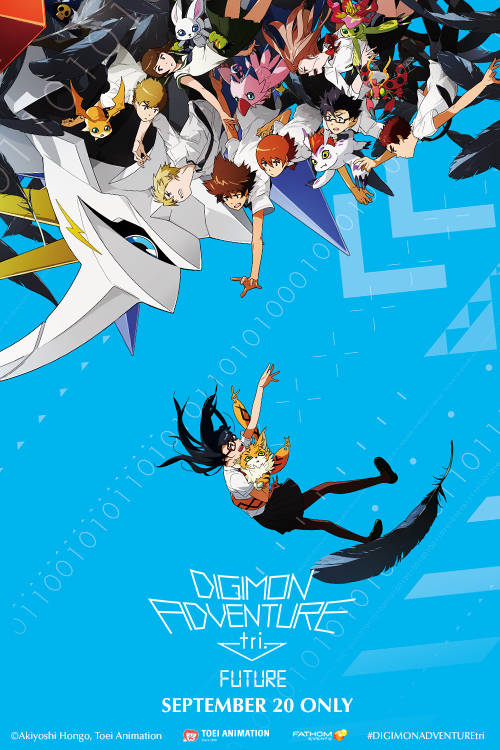 In this climatic finale, the DigiDestined have suffered; friends are lost, there is a new threat from a mysterious and newly formed Digimon, and the Real World is threatened to be swallowed up by the Digital World. The DigiDestined must stand together to save their friends and our world.

Japan’s Words of the Year 2017 Include Instagram, North Korea and… Poop
Attack on Titan 2 Game Chomps into New Commercial