KONOSUBA Anime Film to Screen in the U.S. for One Night 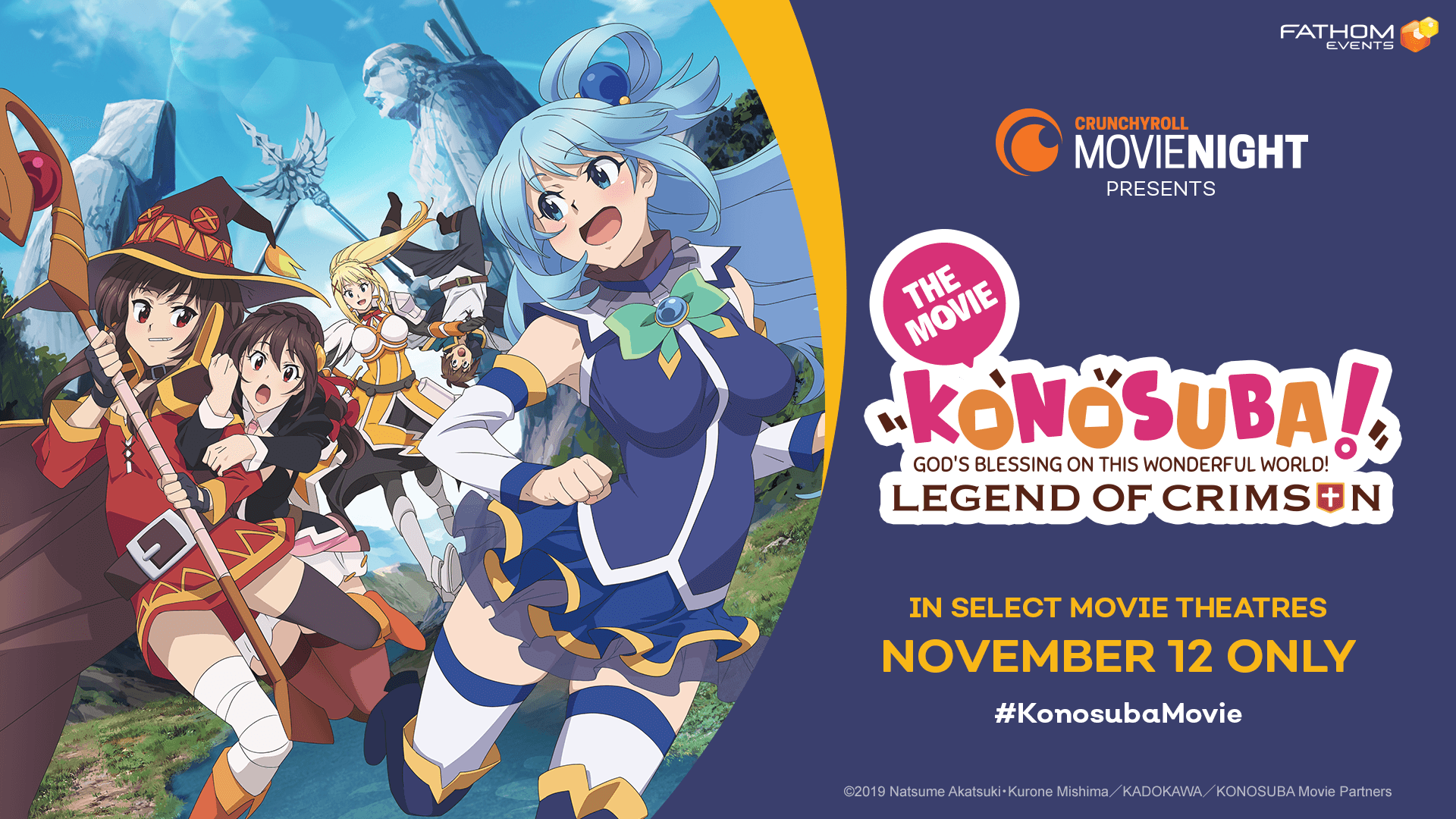 Fans of the KONOSUBA novel series and its anime adaptation are in for a treat this November, because Fathom Events has teamed up with Crunchyroll for a one-night event screening of the KONOSUBA -God’s blessing on this wonderful world!- Legend of Crimson anime film.

It all goes down in select theaters on November 12, with tickets going on sale soon. In the meantime, you can check out a trailer and synopsis below.

A video game-loving shut-in, Satou Kazuma’s life should’ve ended when he was hit by a truck, but through a twist in fate, he ends up reincarnating in another world–and dragging the goddess, Aqua, along with him.

“I’m going to enjoy the life of an adventurer that I’ve always fantasized about from RPGs! Time to be the hero!” But in spite of his enthusiasm, only trouble was waiting for Kazuma. Namely, the troublemaking goddess, Aqua; the wildly dorky mage, Megumin; and the unrelentingly delusional lady knight, Darkness. He ends up forming a party with these potentially powerful, but incredibly unfortunate individuals, which leads to deep debt, being tried for treason, slaying the Demon King’s generals, and occasionally dying (again).

Then, one day, the Crimson Demon girl Yunyun says something that makes the entire group freeze up: “I want to have your babies, Kazuma!” Upon hearing the details, it turns out that the Crimson Demon village that Megumin and Yunyun are from is facing a threat that could mean it’s ending. Kazuma and his gang follow Yunyun, who returns to the Crimson Demon village intent on saving it… when they are faced with their greatest threat yet! What will become of the unremarkable adventurer Kazuma’s life in another world?! 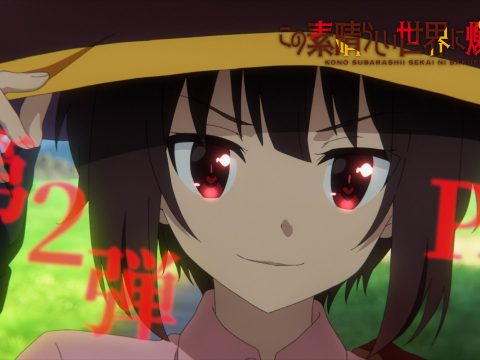