Is this Spirited Away’s sequel? 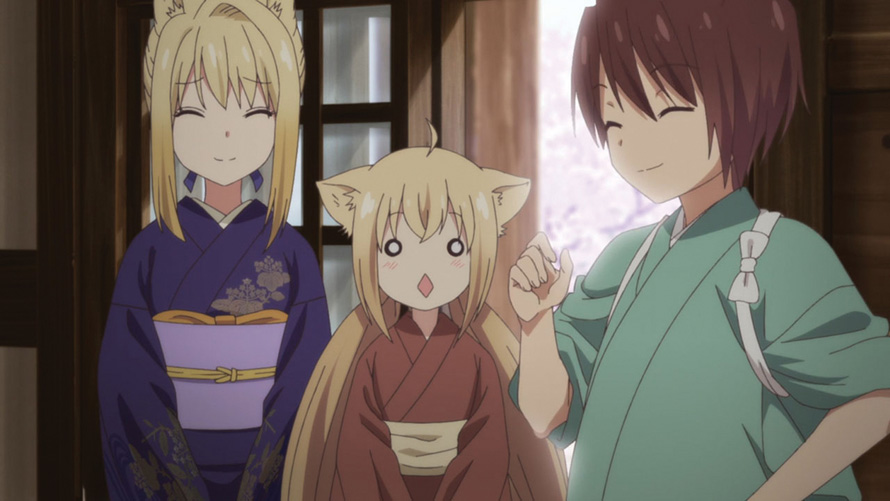 Konohana Kitan, currently available for viewing on Crunchyroll, can be best described as a “diamond in the rough.” Even with an anime season filled with particularly high quality shows, there’s always that one show that manages to slip through the cracks and ends up enchanting you when you least expect it. This 12-episode offering from the 2017 fall season, in particular, is what you might get if you tried to pluck out elements of mythical and modern Japan and transplant them into the common slice-of-life “healing anime” mold (the “cute girls doing cute things” anime). So how does the final product stand up?

This anime adaptation of the manga of the same name—with animation done by Lerche—follows the daily life of a female fox sprit named Yuzu who is brought by her guardian to work at a traditional Japanese hot spring hotel called Konohanatei. Under the supervision of the head attendant Kiri, Yuzu starts her training while interacting with her equally adorable coworkers—Satsuki, Natsume, Ren, and Sakura—while helping in any way she can to service the gods and spirits that Konohanatei frequently caters to. 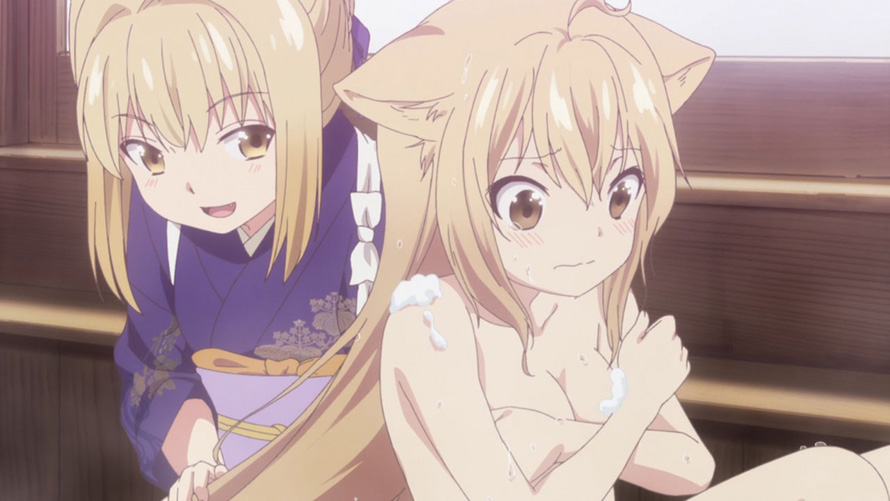 Right away, it looks like Konohana Kitan is taking inspiration from Spirited Away; but one thing sticks out immediately—unlike Chihiro, Yuzu is already a denizen of the spirit world, which has doses of traditional Japanese mythology wherever you look. So rather than being shocked at her new surroundings like Chihiro was, she’s more excited to learn the ins and outs of her new job and meet the new people she’ll be working with. This is a quick little moment, but it makes us easily forget how magical the world in which Konohanatei resides is.

Being an anime of the iyashikei variety—a cozy “healing” anime, if you will—Konohana Kitan has no overarching narrative, let alone any character that can be considered antagonistic (a god of war does show up at one point, but even he seems like a pretty dandy fellow). And true to the slice-of-life form, the show is literally comprised of individual slices that dive into the lives of Yuzu and the other employees of Konohanatei. On one hand, you see the wacky hijinks the employees get into, and these moments are fine and humorous enough on their own. 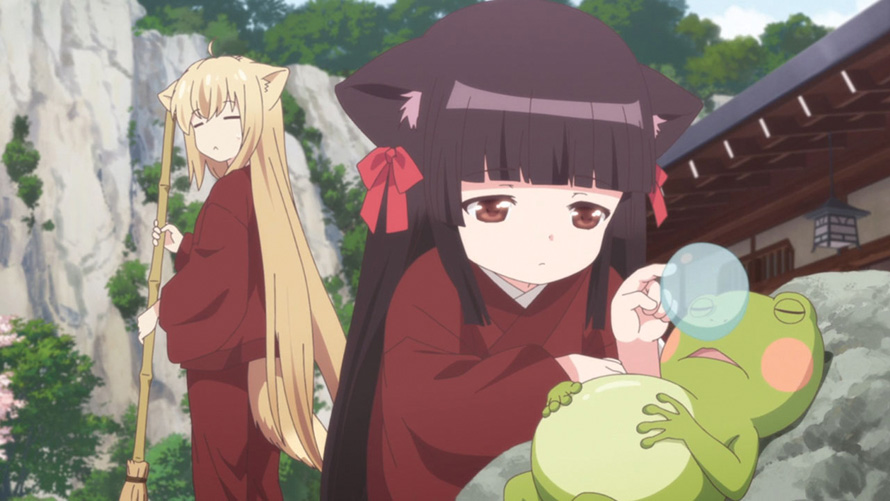 But this show’s more powerful moments come straight from the more somber, stand-alone tales that focus on the guests who come and go. These are the moments that contain more distinct character interactions, and the payoffs normally provide the most emotional moments the show can offer. For example, one episode sees Yuzu interacting with a woman who can turn the rain into threads for her weavings, yet it’s clear she’s pushing herself because she wants to keep up with her two weaving sisters. After spending some time with Yuzu, the rain weaver is able to relax and finish the project she was working on, which turns out to be a gorgeous rainbow. It’s a stellar tale that makes wonderful use of the folkloric aspects of its universe, and the animation by Studio Lerche perfectly translates these moments with sense of beauty and awe.

In addition, the realm of the supernatural isn’t just reserved for the supernatural in Konohana Kitan. It’s established near the end that Konohantei and the world it inhabits reside on a plane between the mortal world and the afterlife, and normal people can stumble there from our world when they are approaching death or are simply emotionally lost. Without giving too much away, when regular mortals pop in for a visit, they provide the show with some absolutely masterful writing and demonstrate just how much emotion you can pack into such a short amount of time. 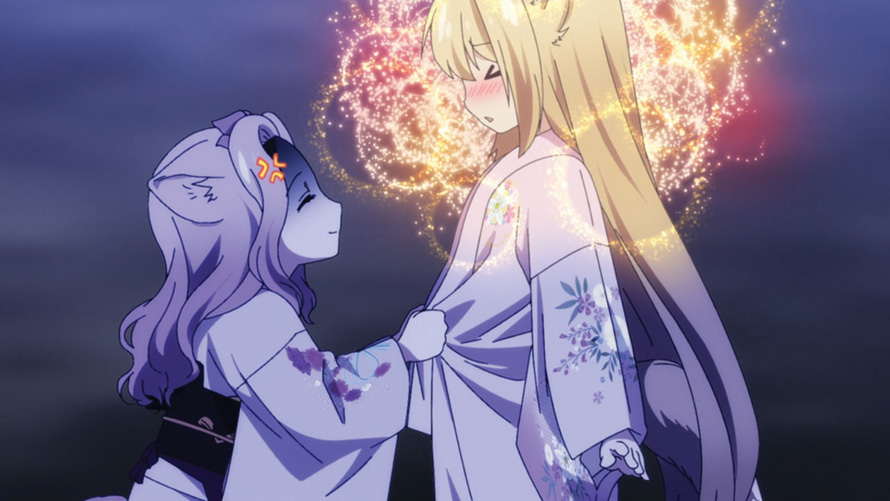 One more thing I think is worth bringing up is the show’s third episode, which has one of the more refreshing takes on workplace harassment I’ve seen in quite a while. During a large gathering at the inn, one of the guests inappropriately touches one of the employees, Ren, and Ren reflexively—and justifiably—kicks his ass. The guest causes a massive scene that sours the mood, but he eventually gets tossed out when the inn’s matriarch, Okami, calls him out on his behavior and offers him a choice: either he goes or the whole party goes. My very first thought at watching all of this unfold was: Holy shit, if this happened in real life, Ren would probably be the one getting scolded. So you can imagine my relief when I realized that the show wasn’t going to go down that route.

No one’s probably going to be calling this show Miyazaki 2.0 anytime soon, but don’t let that stop you from seeing that Konohana Kitan is clearly putting its best foot forward. In short, it knows what it wants to be. Any negative aspects that might be found are overshadowed by how gorgeous everything looks and how the show’s character-driven stories are resolved gorgeously through introspection and reflection. I can’t think of a better way to wash my troubles away than with this cozy little slice of heaven.