Kingdom Review: A Rare Manga Adaptation Worth a Watch 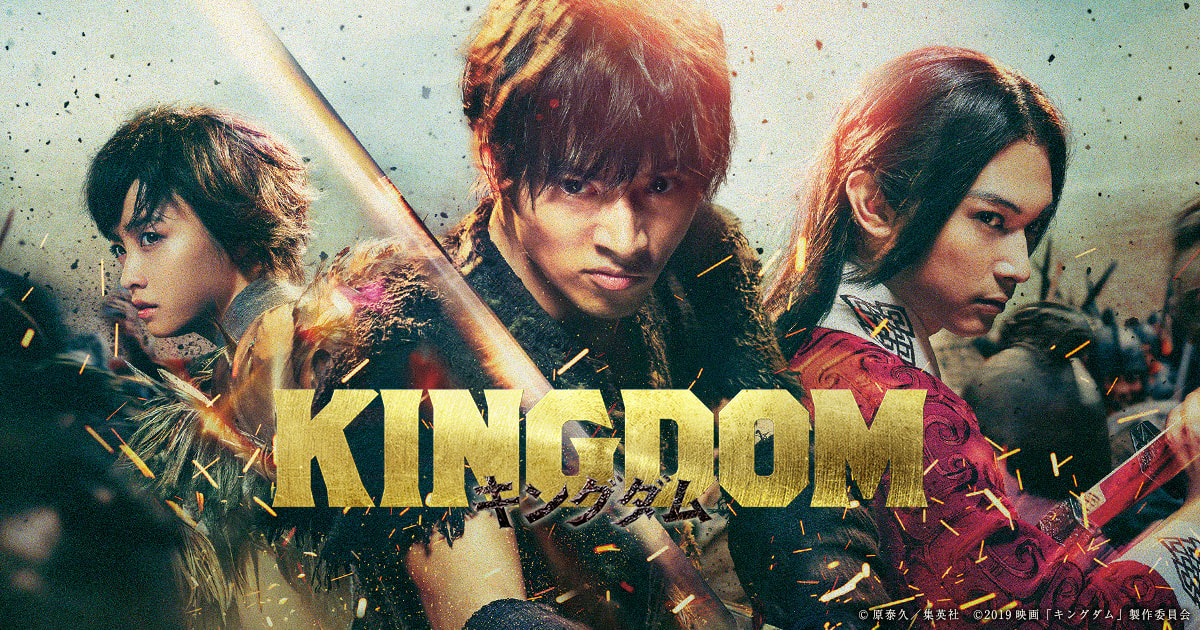 Shinsuke Sato has proved it again: live-action manga movies don’t have to suck.

The director, who’s helmed adaptations of properties like I Am a Hero, Death Note and Bleach, is back with Kingdom, a live-action take on Yasuhisa Hara’s epic fictionalized account of China’s Warring States period.

The story begins with two war orphans-made-slaves, Shin (Kento Yamazaki) and Hyo (Ryo Yoshizawa), who realize their only way out of slavery is through the sword, and whose shared dream is to become the greatest generals in China.

The bromance is strong with these ones. As they scream each others’ names with increasing volume during their training sessions, it becomes clear exactly what kind of film this is going to be: one with lots of burning manly passion.

But tragedy soon strikes, as Hyo is recruited as a body double for the Ei Sei, a king who faces at a coup d’etat at the hands of his own half-brother. Hyo is killed in Ei Sei’s place, and Shin swears manly revenge on any and all involved, including the deposed king himself.

Shin soon finds said king, who’s attempting to reunite with a band of loyal retainers. Though Shin’s first instinct is to kill him, they end up traveling together, and soon form a ragtag group that includes Ten (Kanna Hashimoto), a young mountain girl dressed as an owl. Shin slowly grows to respect Ei Sei, and even joins in his plan to take back the throne with help from mountain king Yo Tan Wa (Masami Nagasawa).

The film is long, clocking in at over two hours, but things move along at a good clip, thanks in part to old-school wipe transitions that recall Star Wars or even Kurosawa. (The current Star Wars revival aside, I can’t recall the last time I saw a good ol’ wipe.)

Though the film has a large cast of characters, it’s centered around the headstrong Shin, played with aplomb by Kento Yamazaki. Yamazaki’s been in a few manga-to-live-action stinkers—which is not to say he’s not a fine actor, but more to note that without solid direction, these things can easily go off the rails. Sato is often praised for his prowess with special effects and action choreography, but he’s clearly skilled at directing performances too, retaining that manga energy without things feeling too, well, cartoonish. 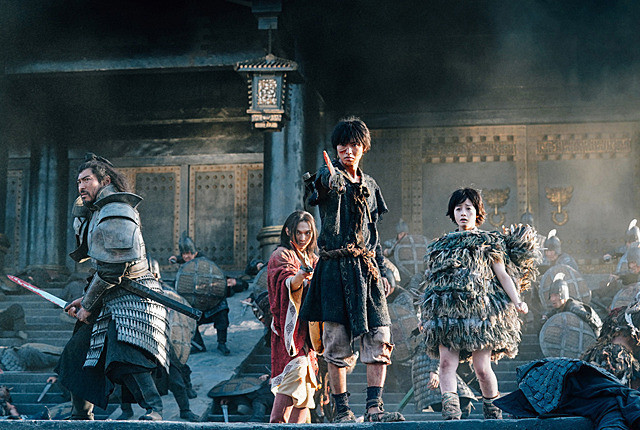 Another trick up Sato’s sleeve is working abroad. Parts of I Am a Hero were shot in South Korea; this time he took the production to China (makes sense—the film is set there, after all). Whether it’s to get more bang for the buck with a cheaper crew, get his hands on some subsidies, or to sidestep/supplement Japan’s creaky industry (or all three), it seems to work.

Kingdom’s third act details Ei Sei’s attempt to take back his throne, and while it’s the most action-packed part of the film, it was my least favorite section: the banter between Shin, Ei Sei and Ten and Game of Thrones-style political intrigue gets replaced by battles that run a little too long. And with 54 volumes of manga, you could’ve probably guessed, but yes, the film ends with the dreaded “look out for the sequel!” setup.

Still, with slick production design and lots of heart, Shinsuke Sato has turned in a rare beast—another live-action manga adaptation that doesn’t suck.

And man, those wipes! 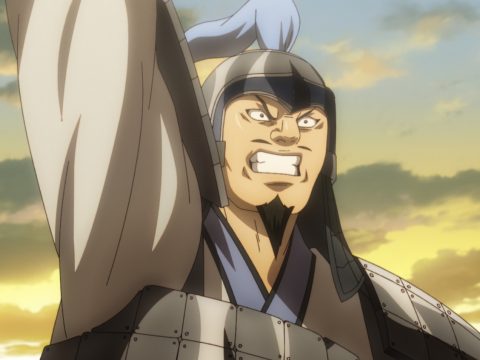