Death Note: Light Up the New World Lights Up The Big Screen [Review]

First, the good news: Death Note: Light Up the New World is a stunning visual and aural experience. Directed by Shinsuke Sato, it’s the best-looking manga adaptation since, well, Sato’s last film, I Am a Hero. Like that film, Light Up the New World feels like a movie movie. Atmospherically lit and shot, with a haunting, otherworldly score and superb special effects, stylistically, this film puts 2006’s Death Note duology to shame.

The bad news: where Light Up the New World excels in style, it falters in substance. While the original films featured some questionable acting and occasional episodic awkward pacing born from their origin as serialized weekly manga, the first two Death Note films had one major thing going for them: Tsugumi Ohba’s original story.

The concept: a notebook that kills those whose names are written in it, and the resulting cat-and-mouse chase between Kira, the young man in possession of the notebook, and L, and brilliant young detective tasked with bringing him down, played out in a battle of wits that resembled a multilayered game of chess. Without the original manga as a base, Light Up the New World ultimately feels a bit more like checkers. 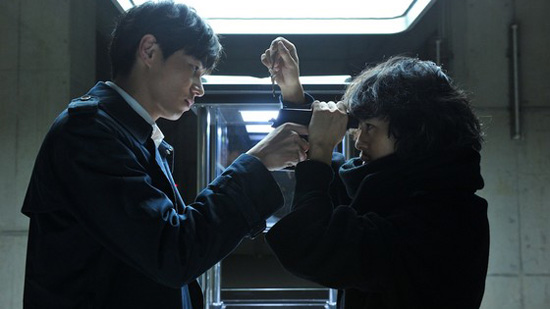 The premise is compelling enough: ten years after the Kira incident, the world is visited by not one but six new Death Notes which rain down on various locations throughout the world. A Japan-based task force, headed by “Death Note otaku” Tsukuru Mishima (Masahiro Higashide), attempts to track down and secure the deadly notebooks with help from Ryuzaki (Sosuke Ikematsu), a mysterious and unpredictable agent who’s taken up the mantle of the original L.

Meanwhile, a video message recorded by Light Yagami, the original Kira, appears on screens throughout the world, promising his imminent return and declaring, “you cannot win against Kira. Kira is god.”

It’s a pretty chilling moment – a testament to both the intense, fear-drenched atmosphere Sato and his crew sustain throughout the film, but also to the power of seeing the iconic Death Note character appear for the first time in a decade.

But it also highlights Light Up the New World’s major problem: how do you make a sequel to a film whose two main characters die at the end?

The strategy taken by Sato and screenwriter Katsunori Mano is twofold: bring back every character possible, including minor players like Tota Matsuda (Sota Aoyama) and major ones like Misa Amane (Erika Toda) – even Light (Tatsuya Fujiwara) and L (Kenichi Matsuyama) show up via flashbacks and video recordings. Sato also attempts to duplicate Light and L’s frenemy relationship with the new characters Mishima and Ryuzaki who, while officially on the same side, do not exactly get along. It’s a questionable strategy: most successful sequels with a new cast purposefully give them a new set of dynamics to differentiate them from the original. Regardless, Mishima and Ryuzaki simply don’t get enough time on-screen together to make it matter much either way. 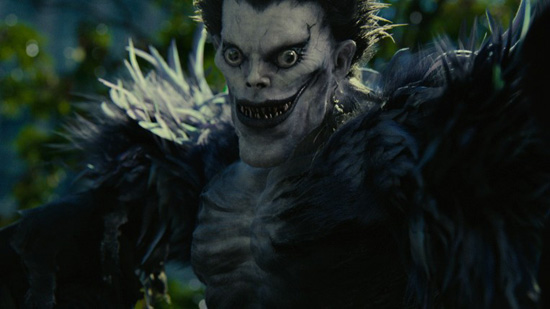 One thing Light Up the New World doesn’t try to replicate is the brainpower of the original. Part of the fun of Death Note was seeing how Kira would manipulate the rules of the notebooks to worm his way out of L’s traps. This film, with its six Death Notes, had the potential to take the levels of cunning and deception up to from cat-mouse to, well, cat-mouse-cat-mouse-cat-mouse. But Sato appears to have been more interested in creating a standard action thriller. The notebooks are used less as weapons of brain and more as those of brawn: in more than one scene, the characters using them might as well be using guns, and in the end, one of the few tricks played with Death Note rules is a repeat from the original.

Light Up the New World is by no means a poor film – it’s incredible what a facelift Shinsuke Sato and his team have given the Death Note universe, and its combination of great cinematography, score and special effects, all leagues ahead of the original, make it worth a watch for fans, especially if they can catch it on a big screen. But it’s a bit like a bag of popcorn – delicious, but full of empty calories. 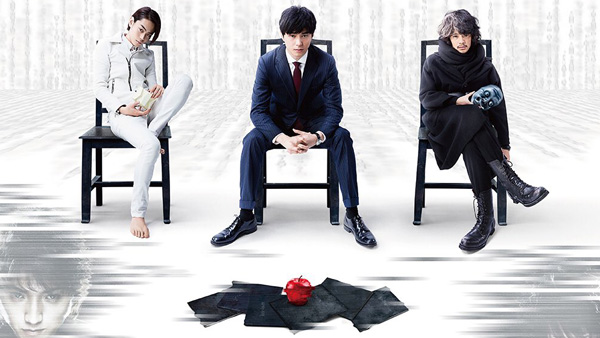 Matt Schley is OUSA’s man in Japan. Send him a tweet.