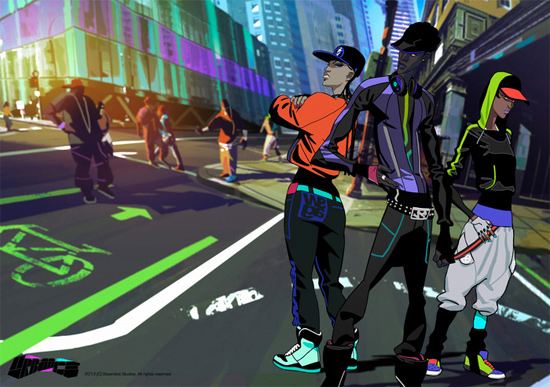 Little Witch Academia 2. Kick-Heart. Under the Dog. The list of successfully crowdfunded anime projects keeps on growing, and with every success, another producer says to himself “hey, we should get on that!” Let’s check out the new projects that hit Kickstarter this week.

First off, we’ve got Urbance, a Canada-based animation project about a future city in which men and women have been torn apart by to a deadly virus spread by gettin’ it on. Production company Steambot is attempting to raise funds for a 26-minute pilot episode. Cool, you say, but what does this have to do with anime? Well, Steambot’s plan is to bring on as animation director none other than Hiroshi Shimizu. Shimizu started out doing animation at Studio Ghibli before going freelance and working on projects like Jin-Roh and Space Dandy. In other words, he’s got a pretty impressive resume. 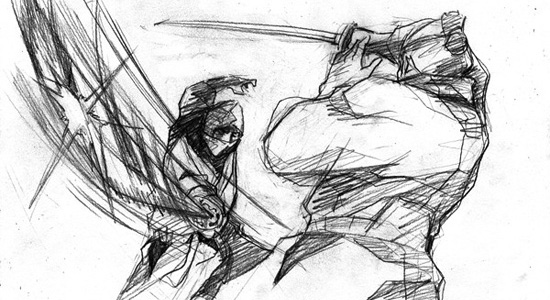 On the other side of things, a very personal project – to be precise, it’s got a staff of exactly one. This is Go! Samurai, a proposed five minute short by veteran animator Keiichiro Kimura. Kimura’s been around the industry for a long time, joining Toei Animation way back in 1961.

The concept behind Go! Samurai is for Kimura to make a one-man, hand-drawn piece of animation about “a samurai who fights for his life against 100 of his vicious enemies.” The short will be made entirely of Kimura’s original frames, with no coloring, in-betweens or clean-ups added.

Go! Samurai, which is being produced by a group called AWESOME JAPAN (take that, Cool Japan, these guys are in ALL CAPS!) is aiming for $10,000.

Be sure to check out both these projects and decide for yourself whether they’re worth a donation.