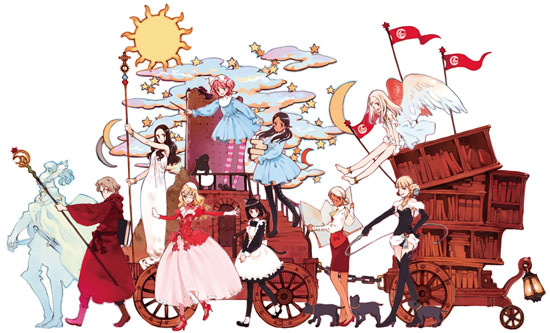 From Yuasa’s Kick-Heart project to the upcoming Anime Sols video site, crowd-funding has been a big deal in our corner of the woods lately. Even in some of the smallest niches of the fandom, people are toying with the idea. The story I’m about to tell you will probably go down as the most unusual otaku Kickstarter of the wave: a fight between a game developer that doesn’t want its games translated and a fan translator that wouldn’t take no for an answer.

Little Witch Romanesque is a 2005 visual novel/simulation game by littlewitch (and one definitely not safe for work or young eyeballs). The visual novel niche in the west is among the tiniest in an already small niche. There are only two very small players (JAST and Mangagamer) doing legal releases, and fans filling in the rest of the space with unofficial (i.e. illegal) translations of titles like, for example, the Key and Type-Moon canon. One such translator had been working on Romanesque.. but that wouldn’t be newsworthy if he hadn’t done something audacious.

The fan translator started a Kickstarter for his work on the translation patch. There have been Kickstarters for legitimate English translations of anime and manga (like Digital Manga with Tezuka) and even to fund the production of new works for scratch. On the other hand, nobody had been quite so brazen as to use a site like Kickstarter to fund the unofficial translation of a product to which they had no claim – until now. 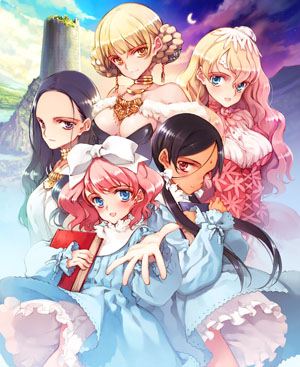 Fan translations like this are usually unnoticed or tolerated by creators who don’t have international plans. However, taking money for that work changes everything. The result was predictable: the project made its modest $2,500 goal in short order and was shut down by a DMCA claim from the game’s actual owners the next day. Having already been emphatically refused by the original publisher (who advises foreign fans to “move to Japan” if they’d like to play their games), the translator likely saw this coming. Perhaps he hoped that nobody would notice… a Kickstarter. Somehow.

Maybe ten years ago nobody would have noticed. But otaku stuff is global now, and Japanese indie outfits like Nigoro and EasyGameStation have come to the West with English localizations of their titles. Are visual novels far behind? Probably not littlewitch; they don’t seem interested. Their call to make.