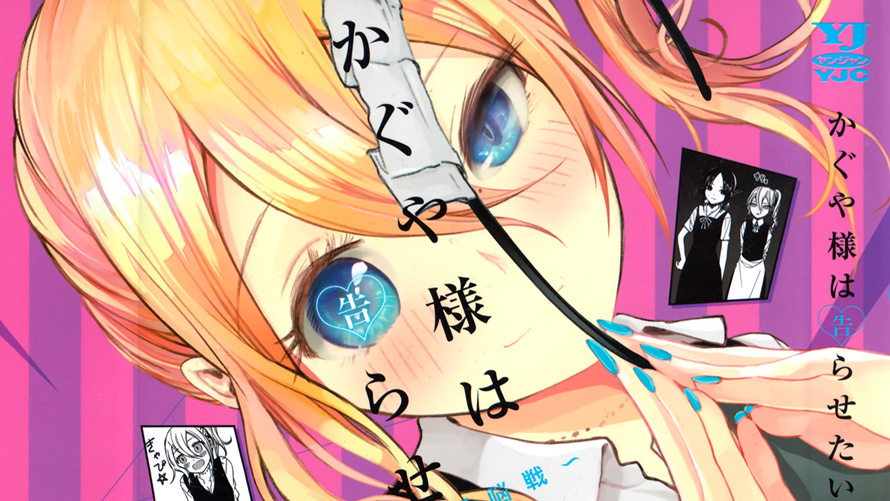 The two main characters in Kaguya-Sama are both smart and accomplished, and both have the emotional intelligence of a doorknob. The main pleasure of the series is the deadlock Kaguya and Miyuki find themselves in, trapped by their belief in the adage that “the one who falls in love first loses.”

Shuchiin Academy boasts the best students from elite families, and ruling over the crème de la crème are Kaguya Shinomiya and Miyuki Shirogane. Kaguya is the scion of one of the largest family conglomerates in Japan. She’s wealthy, sheltered, and a genius at everything she puts her hand to. Shirogane is one of the top students in the nation, accomplished and cool, and has devoted his life to academic pursuits. Both are admired by the student body and treated like royalty within the school. What no one knows is that Kaguya and Miyuki are locked in a battle of romantic one-upmanship. Each one is trying to get the other to confess their love first, and whoever does loses the battle. All the humor is derived from the couple’s head games, their wildly incorrect assumptions, and the fact that everyone in school knows they’re in love but they’re both too proud and dense to admit it. It’s fertile ground for a lot of character-driven comedy. 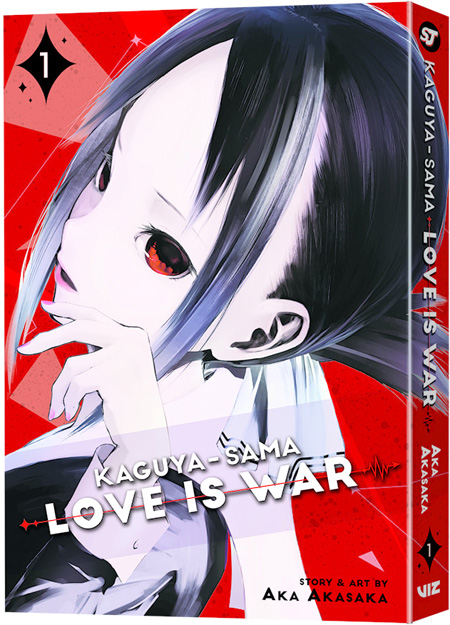 Unfortunately, the art is inconsistent and awkward at times. Akasaka struggles with figure drawing, especially hands. The female characters have cute shojo-manga faces, while the sharp-featured Miyuki looks out of place next to them, almost as if he wandered in from another manga entirely. The backgrounds are unmemorable and often barely there. For all we hear about the school’s lavish campus, we don’t see much of it. Most of the action takes place in the student council room, which seems to host only the bare essentials needed to tell the story: a desk and some nondescript sofas.

Still, the story, characters, and comedy are strong enough to carry the book. There’s something satisfying about seeing otherwise brilliant people bump up against their huge blind spots. At the end of each chapter a winner or loser in the game of love is declared, though some end in a draw or inconclusive results. The narration framing each chapter is particularly funny. And while the series closely follows Kaguya and Miyuki—to the point that it’s easy to forget the setting is a school—there is one other main character, Chika, the student council treasurer. Chika is both completely clueless about the relationship between Kaguya and Miyuki and the perfect foil for them. Some of the chapters revolve around Chika being the accidental final decider of the “score.” She provides some great moments of comedy and hopefully she’ll get even more page time in future volumes. Kaguya-Sama: Love Is War is a truly enjoyable rom-com stocked with memorable characters and fun stories.