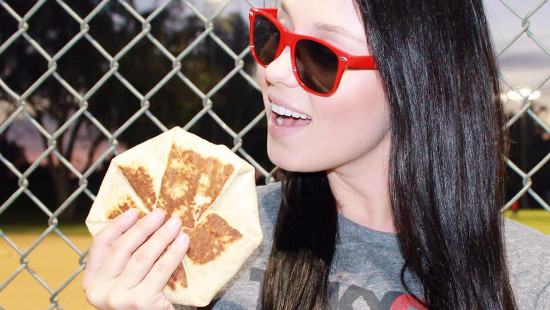 Life is pretty good for American fast food junkies living in Tokyo. We’ve got McDonald’s, natch, Burger King, KFC and even Wendy’s, which relaunched recently after a Wendyless spell in the late naughts.

But Taco Bell is one fast food franchise expats have been only been able to dream of – until now.

The first Taco Bell in Japan is opening up in Tokyo’s Shibuya ward April 21, and to let potential quesadilla chompers know how to get to the store, Taco Bell Japan has produced an “access rap” video.

Videos explaining how to get to stores, restaurants and concert venues aren’t particularly rare in Tokyo, where winding, nameless roads make giving directions a challenge. But this is the first one we’ve seen that incorporates a rap. And what a rap it is.