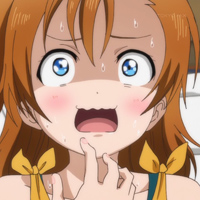 Here’s a cheery story to start your holidays off right.

News is making the rounds on Japanese social media of a Twitter user who used the service to make death threats to fans of the anime series Love Live!. The user, whose account is no longer active, also made threats against users of the messaging app Line.

The user posted the following message along with a knife-wielding photograph on December 23:

Without exception, I will kill all of this country’s Love Livers with these hands. Love Livers are frauds and participate in anti-social behavior like stomping all over movie theater fliers. I won’t allow people like that to remain on this earth. I’ll definitely kill them.

“Looks like a kid that got bullied. Poor thing.”

“Uh, what happens in cases like this? Do you get arrested?”

It sounds like there was a similar incident in the past in which a high schooler making threats against Love Live! fans was arrested. In any case, wishing all Love Livers a safe holiday season. 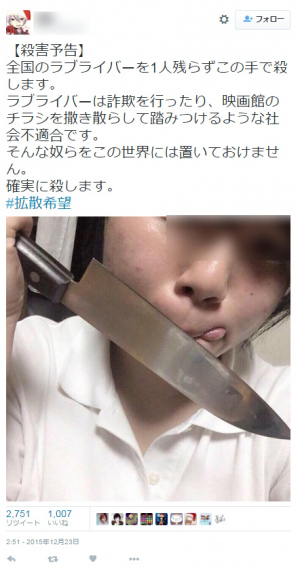