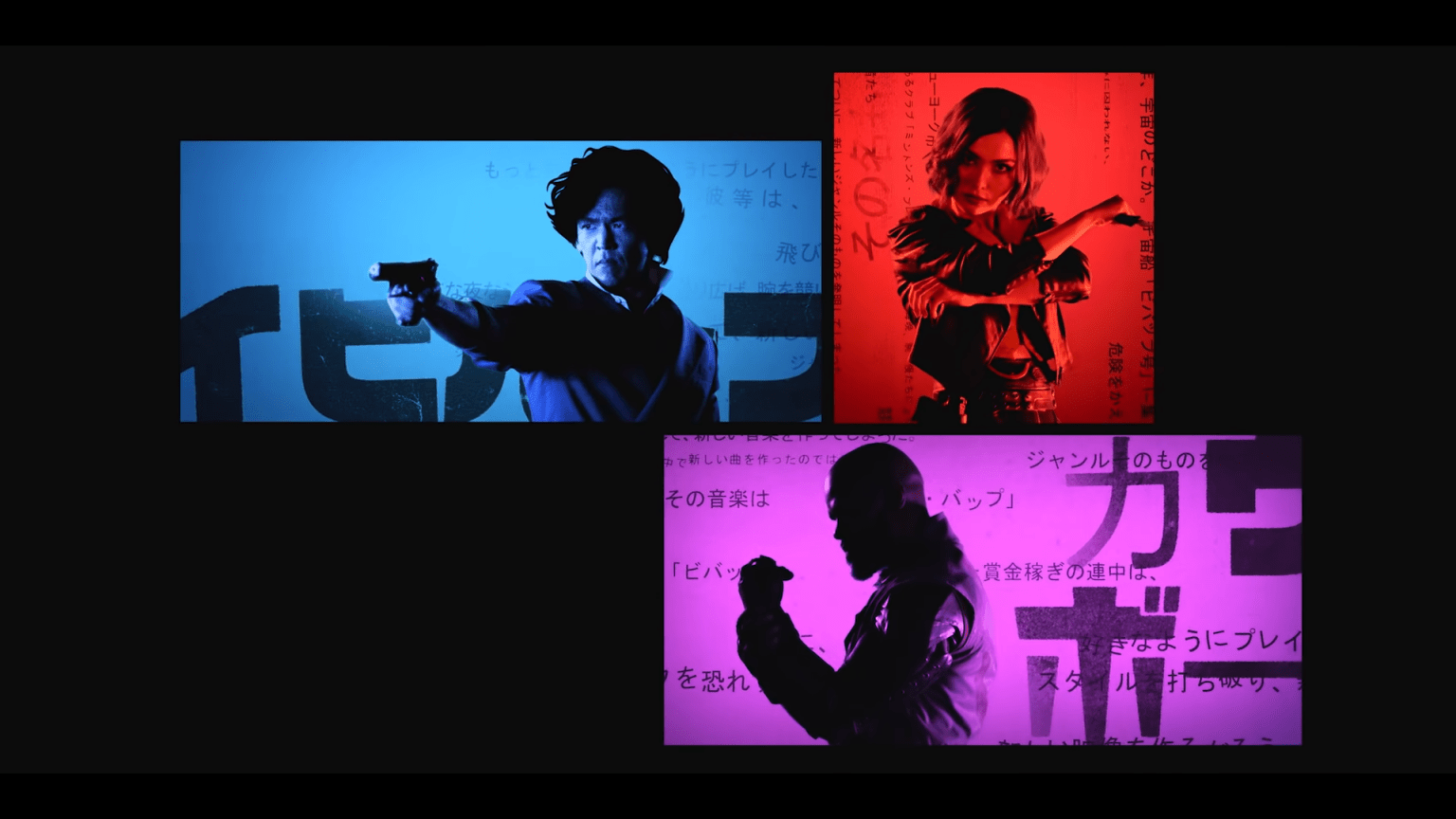 The live-action Cowboy Bebop comes to Netflix on November 19, and we’re slowly getting reveals of what to expect. After some images of the cast in character were revealed, the Japanese replies online to Neflix were generally not favorable. However, now that the opening sequence has been released, Japanese fans posting online to Netflix are more welcoming.

The opening sequence retains the original song from the anime, “Tank!” The visuals either pretty much match up, or are similar in style. If you haven’t caught it yet, here it is:

Some of the welcoming responses from Japanese posters include:

“They have a ton of characters from the anime in it! Really looking forward to watching it!”
“I think it’s going to be like the Nolan Batman movies. If you compare it to the original work, it won’t feel right to you, but you can enjoy it in a different way than the original.”
“I was assuming Netflix was just gonna completely rewrite the series, but I saw a bunch of sub-characters I recognize from the anime, so I’m pretty excited now!”
“You can really feel the respect they have for the source material by keeping ‘Tank!’ as the opening theme. The visuals still feel a little off, but I think this’ll turn out good.”

There were also people on the fence:

“The respect they have for the original really shows, and the [music] is awesome, but it feels off.”

And there were some people who were still unimpressed:

“Quit turning anime into live-action, dammit!”
“Is this some kind of fan-made parody?”

According to SoraNews24, which translated the reactions, people were pretty unanimous on liking the dog, Ein.

So there you have it. Reactions online will never be as accurate as a well-done survey, but it looks like a number of fans in Japan are warming up to Netflix’s adaptation. What are your thoughts on the teasers we’ve been given, and are you planning to check it out in November?