It’s Time to Hit the Beach One More Squidding Time! 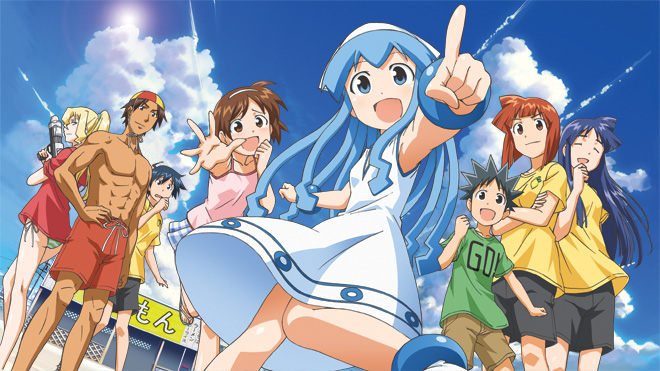 Comedy is all about premise. Whether we’re talking stand-up, sitcoms, or anything else along the side-splitting spectrum, every joke starts with the backbone of a good setup. A particularly solid one can serve as fuel for a series of jokes depending on how agile a mind the comedian in question has, and there have been countless anime and manga comedies that fit this bill perfectly.

In Renjuro Kindaichi’s Jungle wa Itsumo Hare nochi Guu, aka Haré+Guu, the laughs all revolve around the premise of a jungle family trying to live a normal existence with a borderline extraterrestrial house guest. Takuma Morishige’s Tonari no Seki-kun (My Neighbor Seki) is just about a girl trying to keep her cool while her classmate constructs increasingly elaborate means of entertaining himself. It’s all very simple, but the premise serves as the basis for countless over-the-top situations. 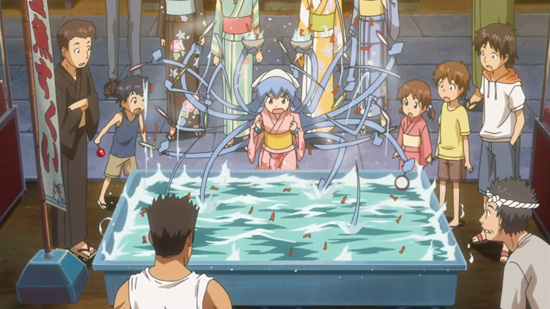 And then there’s Masahiro Anbe’s Squid Girl, aka Invade! Squid Girl: the invader comes from the bottom of the sea! One would be forgiven for assuming this is the title of a horror series, but the results are only as sinister as its titular lead’s invasion attempts are effective.

You’ve Gotta Be Squidding Me

Squid Girl is a pun-loaded extravaganza that all begins with a simple yet resolute declaration. As Squid Girl emerges from the ocean, she vows to get revenge on humanity for all their deplorable polluting ways. It’s time to put an end to these ground-walkers once and for all, but all good revolutions need a base of operations. That’s when Squid Girl spots the unassuming Lemon Beach House restaurant. It’s basically a medium-sized hut on the beach that’s run by a pair of sisters, but that doesn’t mean a thing to Squid Girl. All she has to do is flex her mighty squid-like powers to subjugate these simple-minded … whoops. This invasion quickly turns around on Squid Girl when she accidentally busts a hole in the restaurant’s wall, and manager Eiko Aizawa is not impressed. And she’s definitely not afraid. 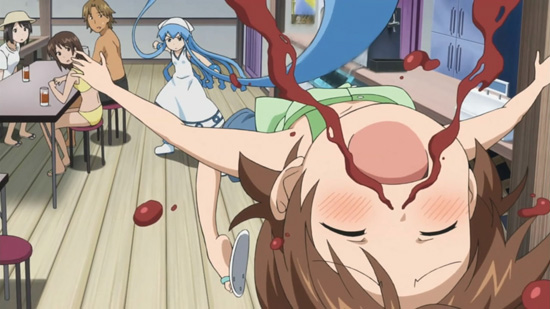 Thus, Squid Girl is forced to work as a waitress to pay off the damages, and she does so alongside Eiko’s sister, Chizuru, and their little brother, Takeru. The flames of revolution refuse to waver, however, and our slippery lead will continue to prod for weaknesses in humanity while both getting into and triggering her own fair share of hijinks. It’s a formula that works really well for what are essentially a series of short episodes within each 24-minute slot. Like the gag strips on which the show is based, the brief chapters quickly introduce the scenario and play off the initial gag as much as possible. Squid Girl’s never heard of ghosts? Test her courage with a trip to the local cemetery! New girl Nagisa is legitimately afraid of Squid Girl’s potential invasion? Put them together in a sleepover episode and watch the sparks fly! Squid Girl sneezes and accidentally barfs ink all over Chizuru? Uh, DUH, you gotta wring her dry and use that ink to serve up some of the best damn spaghetti in town!

Like similarly structured comedy series, Squid Girl works because it doesn’t linger too long on any single joke. Sure, the premise itself is worn thin by the time you barrel through two seasons and the OVA episodes, but that’s kind of the whole point. Squid Girl’s invasion is a non-threat from the very beginning, and though an occasional flex of power or something swinging serendipitously in her favor may arrive to shake up those doubts, any resulting power trips are hilariously short lived. 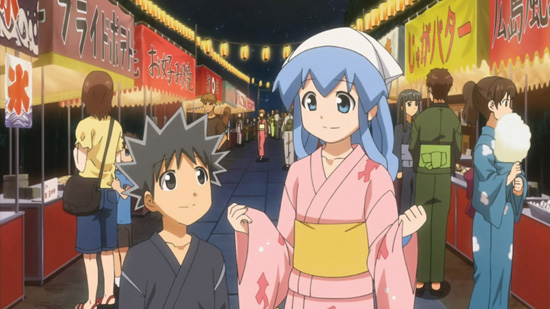 Who better to bring all of this madness to television than director Tsutomu Mizushima? His work in the industry is varied, but there’s definitely a favorable lean that keeps bringing him back to the world of comedy. Why, he even directed the aforementioned Haré+Guu, which explains the similar vibes that ooze out of Squid Girl from beginning to end. Mizushima has been particularly busy of late, helming relatively recent shows like Girls und Panzer, The Lost Village, You’re Being Summoned, Azazel, Prison School, and the irresistible Shirobako.

You’ll find many of those same credits on the résumé of series composition writer Michiko Yokote, who performed the same duty for RIN-NE, Prison School, Hare+Guu, Cute High Earth Defense Club LOVE!, Air Master, and xxxHOLiC, which Mizushima also directed. Yokote and Mizushima have proven to be comedy dynamite when paired together, and their work on Squid Girl is no exception. Once a goof starts snowballing it keeps rolling at a rapid clip, and while not every single joke hits, Squid Girl follows a shotgun blast philosophy that aims wide and is guaranteed to strike someone in just the right way. 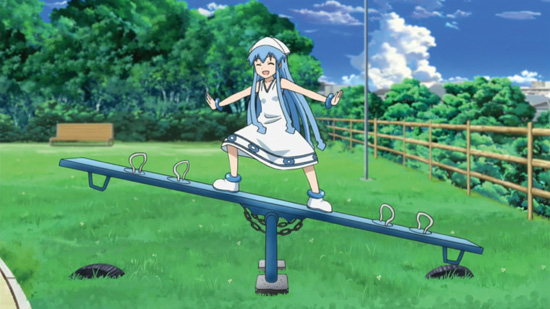 Besides being relentlessly goofy, though, the series is oddly endearing. There’s something sweet and inherently playful—and thankfully not creepy or grossly sexualized at all, which is something that shouldn’t have to be a welcome surprise—about this little squid girl’s would-be invasion. This is the kind of imaginary battle kids fight on beaches all summer long, only this one is deadly squidding serious. It’s as easy to watch sporadically as it is to binge, so grab some takoyaki and get ready for the invader from the deep’s return to home video!

Both the first and second Squid Girl series, as well as the OVA episodes, are on their way to home video courtesy of Sentai Filmworks. 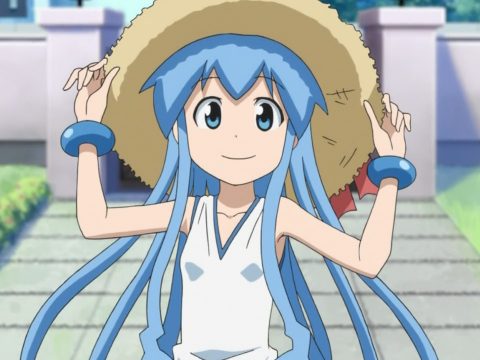 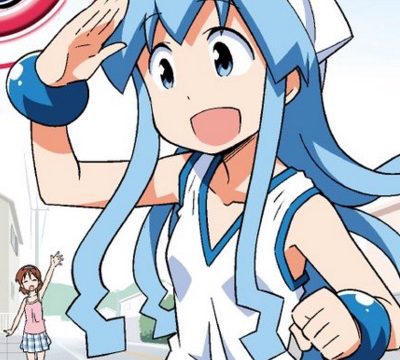 Squid Girl Manga to Conclude in Next Volume 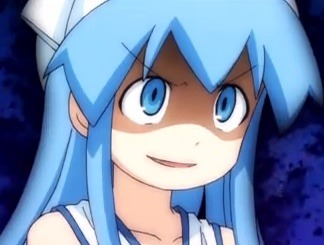