Today marks NIS America’s premium Blu-ray release of Chronicles of the Going Home Club, so it’s the perfect time for an exchange with the anime’s director, Hikaru Sato. We took some of our own questions and some from our readers and sent them over, and Sato-san was kind enough to provide some really detailed answers, from his early days in the industry to his favorite members of the Going Home Club. 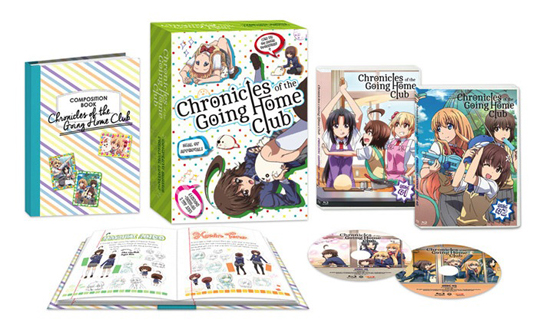 What was your initial step into the anime industry, and how did you make your way from that to your role as director on Chronicles of the Going Home Club?

My main focus now is on directing, but I started out in this industry dealing with the camera.

When I entered the industry back in 2001, animation was going through a transitional period as the cel-shading process became digitized. The studio I first joined had also just gone into digital film at that time.

Because the studio was small, even though I was completely new, I got to experience the process of digital animation from every angle; filming, final inspection, copyright checks, color coordination, etc… The experience I gained at that studio is the foundation of who I am now.

After being at that studio for about a year and a half, I left the anime industry, but after six months, I couldn’t take it anymore and in 2003 I was right back in the industry at a different studio. Ever since then, I’ve been stuck in this industry, like I’m stuck in mud.

The first TV series that I was involved with was called Mythical Detective Loki Ragnarok, and my superior at that time was actually Mr. Shigeru Ueda, who is the episode director of Chronicles of the Going Home Club’s episode 1. At that studio, I also met Mr. Noriaki Akitaya, who was episode 8’s storyboard director, and he recruited me to join a different studio later. 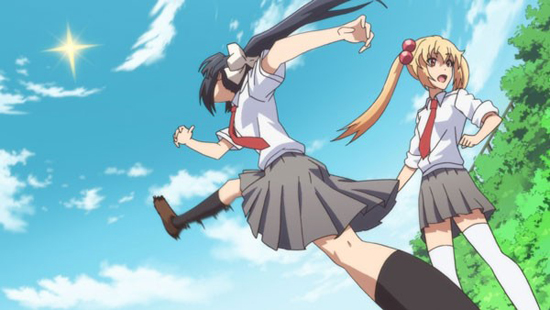 After that, I became an assistant under Mr. Akitaya and that’s how I got started on the direction team. In this industry, networking really matters in finding opportunities. Mr. Akitaya also introduced me to NOMAD.

Kämpfer was the first title that I worked on with NOMAD, and I began working with them basically half of the time, which led me to becoming the director on Chronicles of the Going Home Club this time.

Was there another aspect of the industry, or another creative direction completely, you considered or attempted to pursue?

Since I have a background in film, I’ve always been interested in motion pictures, but I originally came to Tokyo for the band I was in at the time. I was more interested in the music industry than anything else.

Working in animation, I don’t get to do music too much, but my tendency to obsess over sound probably derives from the background that I have. There are things that viewers wouldn’t even notice, but it’s important for me to make sure that the sounds and the visuals match perfectly. I think music and sound effects are fairly easy to control, but the dialogue is much more difficult to handle in animation. This combined with my other background in film makes me even stricter about having the two elements match up. This process actually takes a lot of time, so sometimes I have to be reminded by others that I don’t have the time for it. That’s fine though since there are other sound-related things that matter in animation like the opening and ending. 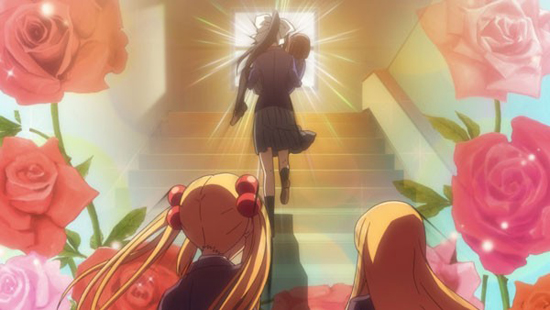 How did you find the transition from working as an episode director on shows like Bakuman., Polar Bear’s Café, and Nodame Cantabile: Finale to being in charge of a series as director?

When I was offered the role of director for the series, I thought being the director was just an extension of being on the direction team. Now that I’ve experienced the job, I feel like those two are completely different from each other. When I went from camera work to direction, I felt like the experience and knowledge I’d gained up until then had become completely useless, but I didn’t expect I was going to feel the same way when I became the director. Many things were very new and challenging to me.

I realized that the director’s job is to bring out and tell people what the title itself wants, and not what I want as the director of the series. I found out firsthand that directors are not just doing whatever they want, whenever they want.

I felt there was more flexibility while on the direction team when compared to being the director. There were many aspects to the title that were hard-set, so I was always thankful when there were things to play around with during the storyboard and production processes.

I thought the background had the potential to be most fun to play around with, but it might not have turned out that way due to the tight schedule. Regardless, I think our desire to create something fun even in a tough situation like that, especially because this is a comedic piece, still comes through in the final product.

Mr. Takada, who helped out with the storyboard, told me that when he looked at the completed film, he could feel how much fun the staff had working on it, but actually, things were always quite catastrophic…

During episode 4, I remember the staff playing around, but I think that’s just my delusions or imagination…

I had a real great time dealing with problems literally every week! 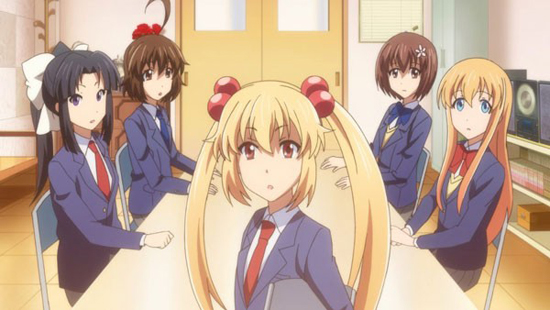 Was there much freedom in adapting Kuroha’s original manga, or did you aim to remain as faithful as possible to the source material?

I would usually follow the original work if there is one, but for this title, since it’s a fast-paced comedic piece, I asked Mr. Zappa, the scenario writer, to add a little bit more to fill the time. Of course when things are added later, they may not match what the original work intended to deliver, so we made sure to consult with Kuroha-sensei each time. There are many things in this series that are hard to grasp, so I’m sure there were things that Kuroha-sensei had difficulty agreeing with. Because many people get involved in an anime production, different things start to matter in each step. I think the series naturally ended up becoming one that embraces what’s unique to an anime title. I wanted to make sure to respect what was being created anew during the process too, so I looked at this whole process as taking an original piece and adding those elements that are unique to animation.

If I simply looked at it from a “freedom” point of view, then the mini episodes were completely up to me to make, so that was where I had the most freedom when creating. The mini episodes were completely original to the anime series, so I think the voice actors’ voices and their impressions stood out in them more than the original characters’ personalities did. What do you think? 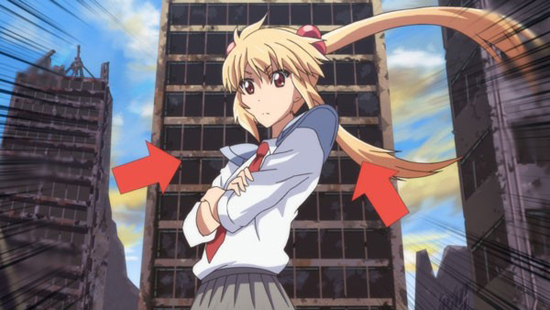 What attracted you to the story, and do you relate to the happy-go-lucky atmosphere of the Going Home Club?

I really like the absurdity and carefree nature of the series. I like how the characters respond with something completely irrelevant to the conversation they’re having, or the subtle darkness that creeps up on me during the show. Each character has his/her own setting, but nothing is overpowering. The synchrony feels comfortable and creates a great atmosphere. The strange appeal that this show offers is that you can read or watch its manga and anime over and over again and still enjoy it.

Do I relate? Sure. I feel like the series reminded me of something important.

Many of our readers are curious about the process behind creating anime, and are interested in pursuing something similar themselves. What aspects of working on anime do you find the most difficult, and do you have any advice for aspiring animators?

My answer isn’t anything interesting, but I think scheduling is the most challenging part. I’m a slow writer and I get stuck on minor things a lot, so I’m always having trouble meeting my daily quota even if I set it for myself. I mean, I’m sure my problem causes even more trouble for the people in production who have to wait for my part to finish…

I was confident with my speed when I was working the camera, but that quickly changed when I started directing. With the camera, an entire series is seen as one project when scheduling, but in direction, the schedule is split up by each episode, so one episode is like a standalone project. Since adjustments are being made constantly during film production, it’s possible to meet the final submission date by pulling all-nighters toward the end of the process, but direction is like running a marathon from the time we receive the storyboard up until the end of the production. It’s important to know where the crunch time should be, but in direction, it’s like crunch time all the time, so it’s hard being in such a high-stress environment. 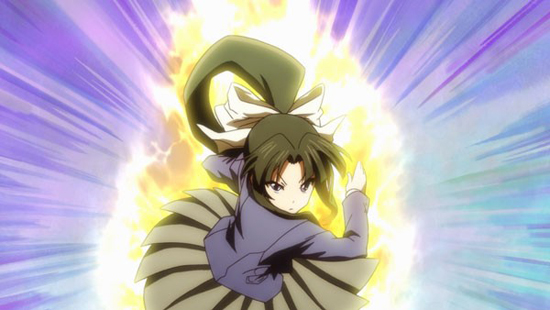 Actually being the director is a little different, but it’s the same in regards to not being able to get a break until the entire series is completed. You need a lot of energy to work in anime production, so managing your health is very important as well.

One basic skill that you’ll need to be in anime production is familiarity with perspective. It’s not so much for the scenario writers, but even if you can’t draw well, you still need to have an eye for art, since there’s always going to be art in animation. If you’re aspiring to be an animator, I suggest you practice drawing objects from different angles.

Finally, a few fans are dying to know: Which characters are your favorite out of the Going Home Club cast? Are there any you felt a particularly strong connection to?

Botan was my most favorite at first, but since I have to empathize with all the characters while I develop them, all of them become very important to me in the end. The girls are like daughters to me because I’m constantly thinking about what are on their minds that make them do the things they do.

“Sakura would say this in a situation like this,”  “Natsuki would react to things like that,” or “Karin should just be cute at all times,” or “Claire is just abnormal,” or “Botan is delusional and nothing else,” “Furu-wachuma-call it,” “The seal that looks out”…

It’s more like having them ingrained in my heart, rather than having a strong connection with them.

Although looking back again, I think I still do like Botan the most. 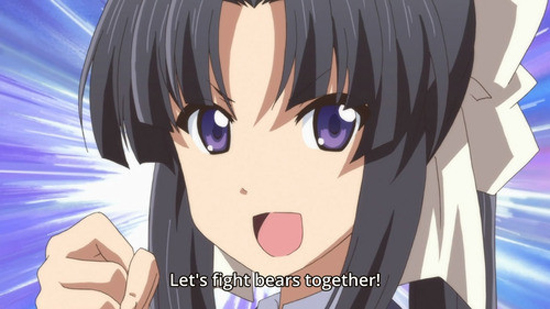