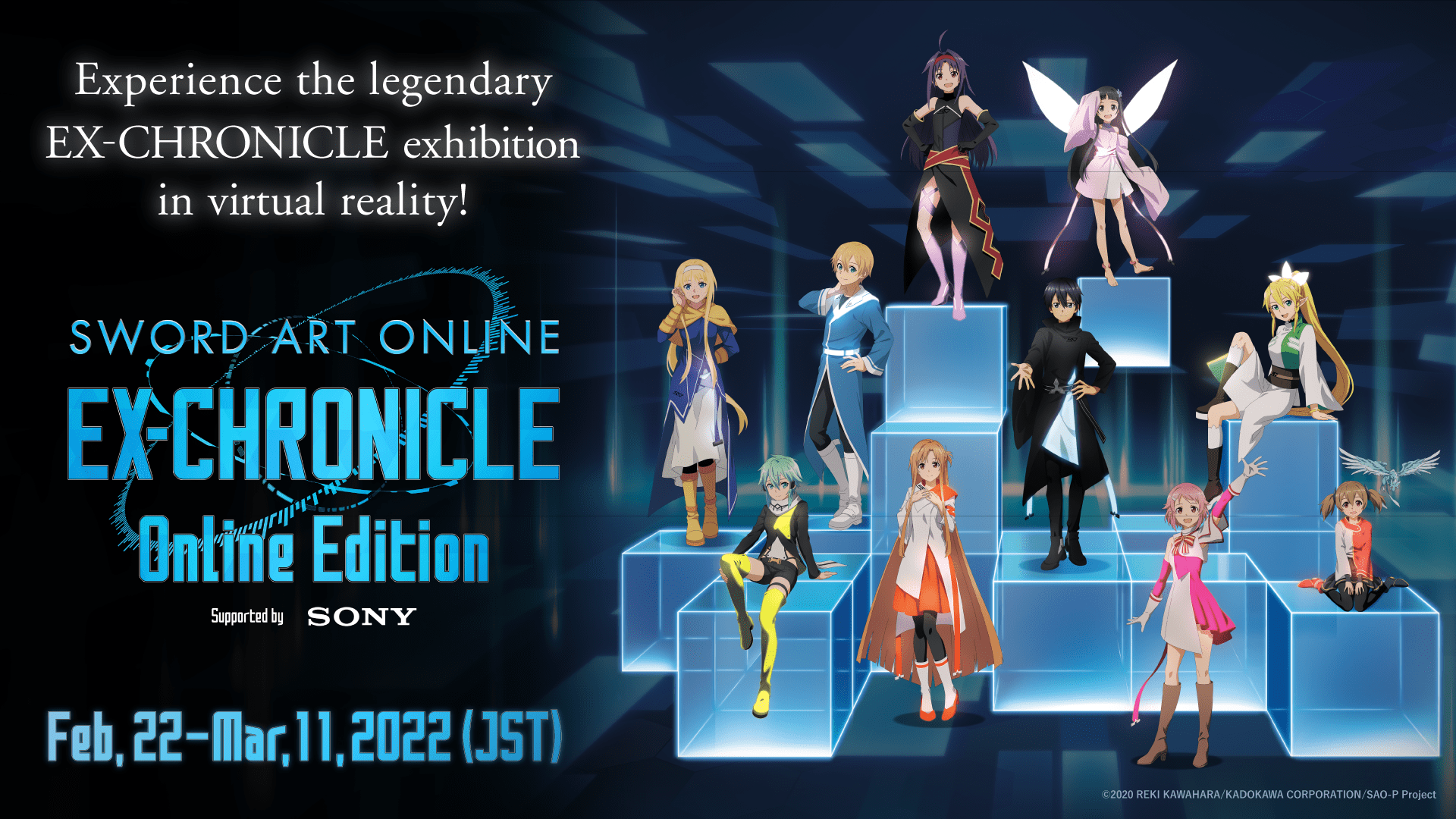 “You can enjoy this exhibition through different platforms; this event is not limited to VR headsets and gaming PCs. Visitors without VR headsets can also enjoy EX-CHRONICLE’s WEB VR experience with a smartphone or PC,” Sony explained in a press release. “‘Town of Beginnings’ can be enjoyed for free. . . Experience the mega popular four-sided theater video as if you have dived into the world of SAO. . . Enjoy enormous amounts of anime materials on display, including special behind the scenes work. . .Pick up cool SAO weapons and fight the Boss Battle ‘The Skull Reaper’ with your friends in real time.”

They advertised that they will be offering both physical and digital goodies, listing examples of T-shirts and towels for the physical merchandise. There are items exclusive to this event, and it made note that there is no limit on the digital items purchased. Sales begin at the same time as the event.

They’re also offering an exclusive live concert with ReoNa, where we’ll be able to both see the artist and CG imagery. The concert comes free with tickets to Sword Art Online – EX-CHRONICLES – Online Edition. For VR Apps and Gaming PC Apps, fans would pay 3,800 yen (a little over $33), and for PC/Smart Phone Browsers, fans would pay 3,300 yen (about $28.70).

Tickets are currently available here, and there’s also the option of getting an Audio Guide, which is narrated by none other than Bryce Papenbrook, voice of Kirito in the English dub.

Are you interested in attending? If you take part, let us know what you think!