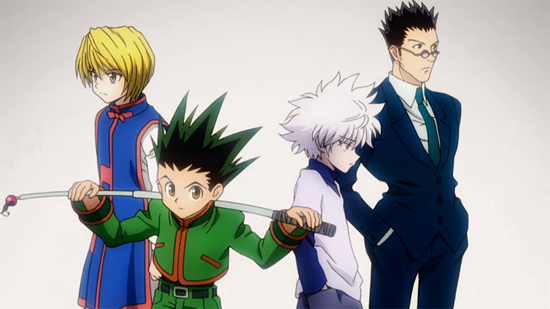 Hunter x Hunter, the second anime adaptation of the shonen manga of the same name, is set to end at episode 148, according to voice actor Megumi Han.

The news was revealed Sunday by Han, who plays Gon Freecss in the series, on the blog she shares with her mother and fellow actor Keiko Han.

“If you ask me, episode 147 is the final episode, and 148 is sort of an epilogue,” wrote Han. She calls 148 a turning point, not a final episode, and notes the original manga is still continuing, hinting there may be a possibility for the anime to return in the future. Nevertheless, it seems the anime is over for now.

Meanwhile, the manga, which has been running on and off since 1998, resumed in June after a two-year hiatus.