Raoh punches through a building just because it’s in his way and he doesn’t feel like walking around it. Then he has a heartfelt conversation/intense staredown with a horse. Then he punches a boulder from out of a catapult so that he can instead launch himself as a missile over the walls of a castle into the enemy’s stronghold because he sensed kung fu prowess on the wall. That’s a portion of what happens in the first two episodes of this cartoon. I could just stop right here, because you either really want to see this or you really do not based on the information provided.

Still reading? Congratulations! You’re probably a cool person. Cool people like you are rare indeed among the English-speaking anime fandom of today. In fact, I’ll bet you’re so cool that you read my Import Report article on this series in Issue 10 of Otaku USA. Therefore I’m not going to bother restating anything I already said—you know things like “what is this series even ABOUT?”—since there’s much to talk about! Besides, this is supposed to be a supplemental piece!

In the rare event you’re reading this and still yet don’t know anything about Hokuto no Ken, listen to episode 38 of the Anime World Order podcast (which sports an episode title that is guaranteed to prevent me from ever holding public office). Depending on your perspective, the series is either extremely simple to grasp or extremely complicated. In that podcast, I described HnK as having what I called “false complexity,” a trait shared throughout nearly all shonen action/adventure stories which were created ever since. Perhaps a better term would be “complex simplicity,” but in either case I refer to the fact that they’re titles which are infinitely simple in premise, yet infinitely complex if you tried to explain the plot. Don’t believe me? Ask a 9 year-old kid to explain to you what Dragon Ball Z is about.

As Lance Storm likes to say, if I could be serious for a minute: Hokuto no Ken in its variant forms over the years is yet another one of those things that has been popular everywhere in the world except among US/English language fandom, where it’s almost universally reviled despite the fact that it, along with Kinnikuman, set the template for the modern shonen action/adventure genre. Indeed, when I say “I like Fist of the North Star,” most people think I’m either joking, stupid, lacking in taste, or all of the above. What explains such a large discrepancy between us and everywhere else? Simple: we never grew up with the original the way everyone else did. Thanks in part to the “won’t someone think of the CHILDREN?!” mindset that keeps Road Runner cartoons off the air, HnK never aired on US TV back in the 1980s when it was first coming out, and we didn’t embrace manga to a large degree until a decade after the original manga had concluded.

The closest thing to a “mainstream America” introduction to the series came by way of the Streamline Pictures English dub of the original theatrical movie (which is where the title Fist of the North Star comes from; it’s not exactly an accurate translation of Hokuto no Ken, but the name stuck such that it’s now the official English title). At the time, that was probably available for rent at every Blockbuster Video in the country to be discovered by children with parents too apathetic to pay attention to the “not for kids” sticker on the cover. The Streamline Pictures dub of that movie is probably the absolute worst first impression you could ever make if you wanted to convince anyone this series had even one iota of merit, because not only is it terribly acted with a stupendously inaccurate script on a level that modern dubs cannot even begin to approach, it even includes an alternate ending from the original which is pretty weak. When Viz released the manga in the 1990s (back in the days when you’d buy manga one chapter at a time, like US comicbooks), the script there was also questionably translated. Then years later when Manga Video attempted to release the TV series, it was heavily butchered yet again. Years and years of botched releases have instilled in the general US anime fan a sentiment that was and remains “Hokuto no Ken sucks” for well over a decade. It’s probably too late to change this.

So there’s really no childhood nostalgia for Hokuto no Ken in America. Don’t underestimate the power of childhood nostalgia. That’s what prompts the creation of remakes of titles such as Transformers, GI Joe, Robotech, Teenage Mutant Ninja Turtles, Voltron•the franchises of the 1970s-1980s are the remake opportunities of today because we all want to relive our youths. That’s why in Japan, they’ve been retelling the original Hokuto no Ken story since 2006 across three theatrical films, two OAVs, and now this TV series. A remastered DVD version of the original theatrical movie just came out over there, and I picked it up because it included the English dub version as an extra. Yep, the same dub I hated so much is now something I fondly enjoy (probably because it’s no longer the default way to see the movie). That’s how nostalgia works, or as they call it on the street, “natsukashii.”

Without any nostalgic emotional investment, it’s easy to dismiss Hokuto no Ken: Raoh Gaiden — Ten no Haoh as “for fans only.” As this is a television show and not an OAV or theatrical film, the animation quality is not exactly spectacular, much like the original TV series. It’s also not nonstop action and violence the way you’d be inclined to believe on account of how the series has been repeatedly mis-marketed as in America. A further barrier to entry is the fact that this is a prequel series. That means it assumes you already saw or otherwise know about the events that came afterwards. Something might happen that explains something in the original work, but if you don’t know what comes later the entire episode may seem boring. You know, like what Palpatine says to Anakin at the end of Star Wars: Episode I. Ha ha, I just reminded you that movie existed! If you blocked that one from memory, consider this: I didn’t see the original Rurouni Kenshin OAVs (aka Samurai X: Trust and Betrayal) until after I saw the TV series, as was intended. I saw it in an auditorium of other fans, and when they said at the end that a replacement for Kenshin was chosen, everyone cheered because they knew EXACTLY what that meant. Dirty Communists who argue to watch just those initial OAVs and ignore the TV show miss out on the truly big moments of that anime, and the same is true for this Hokuto no Ken series. Granted, prior knowledge or not you can instantly tell how good an anime is based on how much time it takes before you see someone nonchalantly knock down a building with a punch, and this anime manages to do that a few minutes into episode 1. It’s truly a pity that this action never quite caught on in anime the way that “guy with no real personality accidentally face-faults into a girl’s chest” did.

The Hokuto no Ken manga is by and large quite serious, and the tone of the OAVs and movies made throughout the years follow suit. However, the 1980s anime TV series directed by Toyoo Ashida added a lot of goofy comedy that wasn’t originally present in the manga, possibly because it’s just harder to do drama on a shoestring budget. Although I’ve never read the manga from which this new TV series is adapted, we see a similar treatment here as the overall tone is a little more lighthearted. This has moments of intentional humor along with the occasional wacky facial expression, and the super-seriousness of Raoh combined with his ridiculous helmet might just give off a bit of a Cromartie High School vibe. Incidentally, that show was inspired by the 1980s series Sakigake! Otokojuku, which was itself largely parodying Hokuto no Ken!

If you really want to learn as much as you can about Fist of the North Star, why it’s endured for so long, and what influence it’s had on other anime (as well as videogames like Street Fighter), I recommend Evan Jacobson’s stellar website Hokuto Renkitouza. Yeah, it’s still hosted on Geocities after all these years, but much like the series itself, if you can look past the budget issues and design aesthetic that seems like a relic of the past, you’ll find a great deal of enjoyment within. Alas, it’s highly doubtful at this point that anyone will license more Fist of the North Star anything for US release ever again, but thanks to a small group of super otaku, fan translations of the entire original manga and anime are available. It might be several years before we get good quality translations of Raoh Gaiden Ten no Haoh, but if there’s any trait that Fist of the North Star fans have in abundance (other than the scorn of the rest of anime fandom), it’s patience. 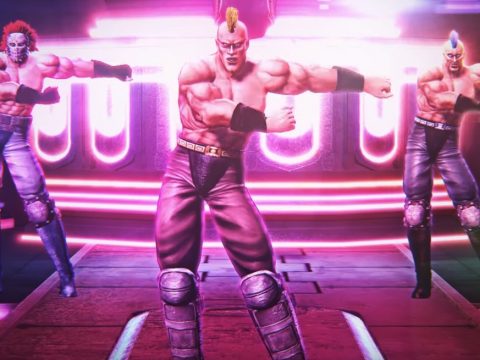 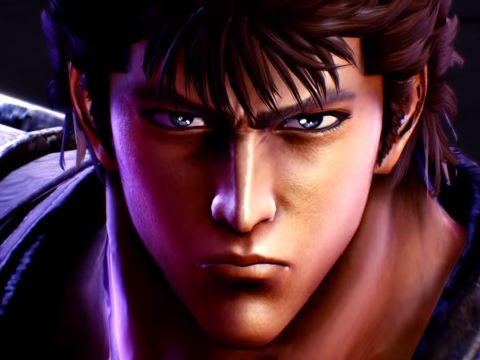 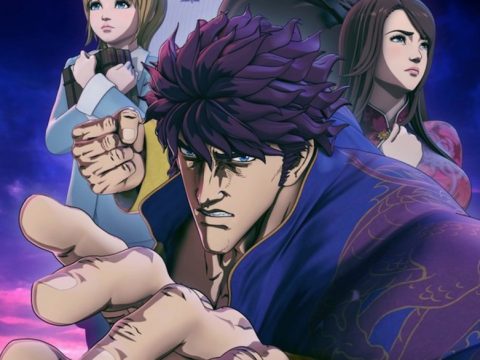 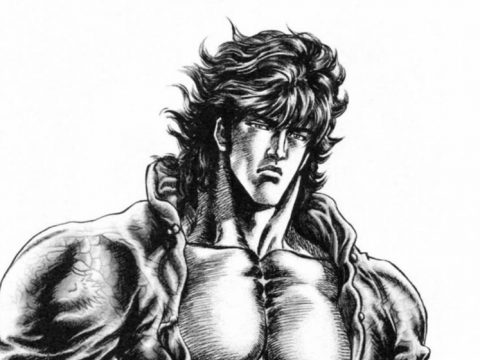 A Moment With Go Ohara
Prinny: Can I Really Be the Hero? Hands-on