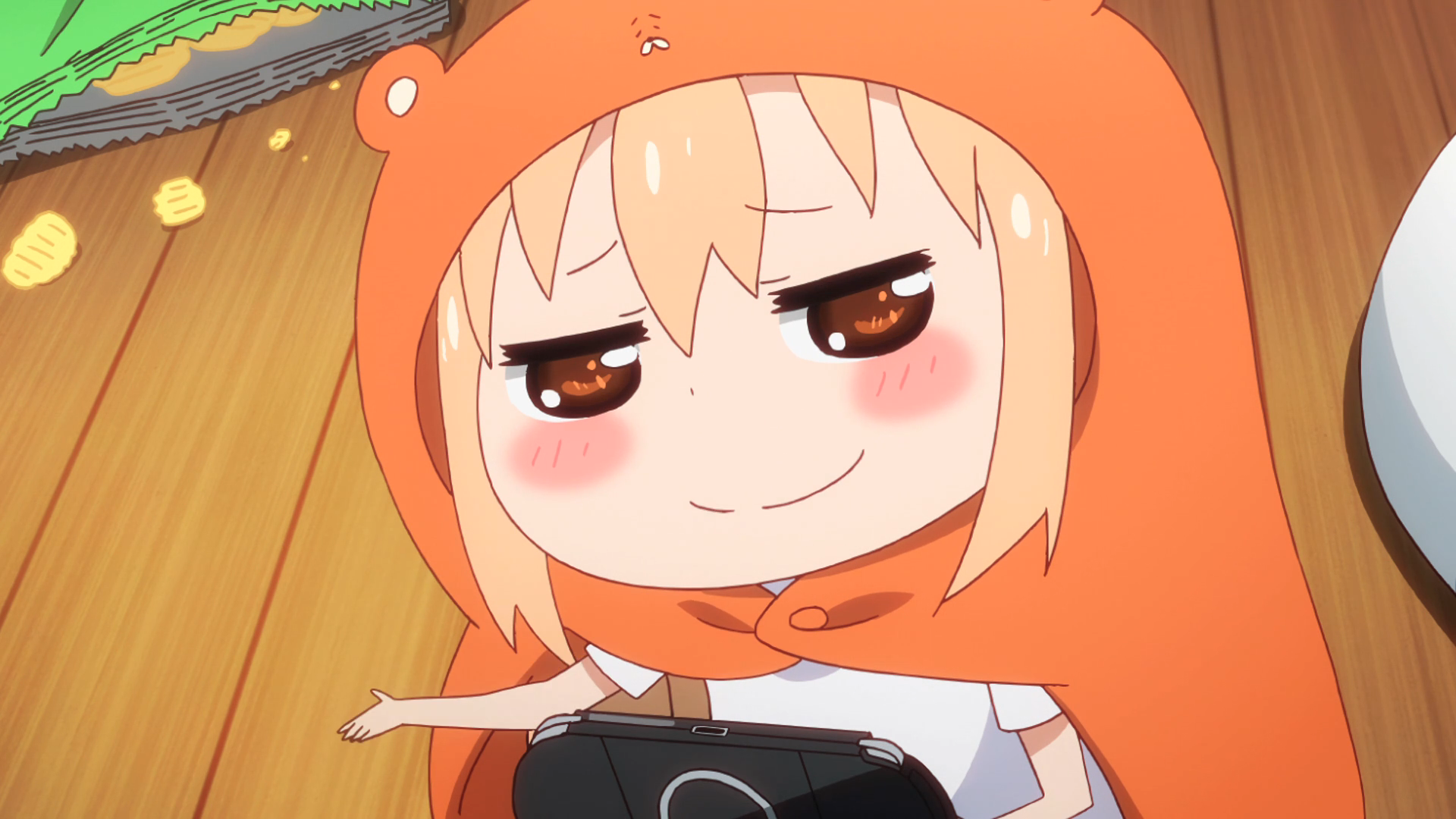 Well, that ending didn’t last long! While it was previously reported that Sankaku Head’s Himouto! Umaru-chan manga was coming to an end, the issue of Weekly Young Jump also asked fans to stick around for a follow-up report in the 50th issue. Now that we have the info from said issue, it turns out Umaru-chan will be returning in a new Himouto! Umaru-chan G manga.

According to the reveal, Umaru-chan is set to “level up and return” in the 53rd issue, which hits Japan on November 30. After that, the series will continue for a while longer.

The Himouto! Umaru-chan manga launched in 2013, and Seven Seas has it licensed for North America. Here’s their synopsis:

In public, Umaru Doma appears to be the perfect high school student: hard-working, refined, and totally responsible. But the minute she gets home to her older brother Taihei–and dons her famous hamster hoodie–she devolves into the ultimate bratty little sister! She’s happy to roll around all day in an otaku cloud of games and junk food while her exhausted older brother takes care of everything in the house. In this hilarious comedy about family, friendship, and the nonsense we put up with (from the people we love), Umaru and Taihei will find a way to make it work!

Crunchyroll streamed the first season of the anime adaptation as it aired, and Anime Strike is currently streaming follow-up Himouto! Umaru-chan R.